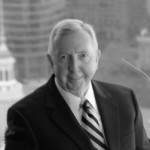 A railroad company facing an asbestos-related lawsuit from four of its former employers has asked a federal judge to transfer the matter to Chicago.

Wavie Cole, Francisco Ruiz, Carl Canada and Cleophas Eckford brought their complaint in November in the U.S. District Court for the Southern District of Illinois, claiming they developed respiratory problems as a result of BNSF Railway Co.’s alleged negligence.

The former railroad workers’ suit makes claims under the Federal Employers’ Liability Act and seeks a total of $10 million from the company, which last week filed an answer to the complaint and a motion to transfer the suit to the federal court in Chicago.

To bolster support for its transfer request, BSNF points out in its motion that all four plaintiffs worked their entire careers with the company in the Chicago area and as such, that is where the alleged injury occurred.

In addition, the railroad company notes that its Illinois headquarters is located in Chicago, which is home to some of the witnesses it plans to call at trial.

Those witnesses –former supervisors and co-workers of the plaintiffs -- “would be inconvenienced if they were required to travel to East St. Louis or Benton, Illinois for depositions or trial,” the company asserts.

BNSF also asserts that since FELA actions can be brought in federal court in the district in which the alleged injury occurred or where the defendant resides or does business, the federal court in Chicago would be the most appropriate forum.

As of early Thursday afternoon, a ruling on the company’s motion to transfer had not yet been handed down.

In their suit, each of the plaintiffs claimed that his duties for the railroad company exposed him “to toxic substances including asbestos, diesel exhaust, environmental tobacco smoke, welding fumes, silica, and other toxic dusts, gases and fumes which caused him to suffer permanent injuries to his lungs in the nature of asbestosis and other respiratory disease.”

The complaint includes four FELA counts — one for each plaintiff – and asserts that BNSF failed to provide them with a reasonably safe work place or warn them of the hazardous nature of asbestos and other toxic substances.

Under FELA, railroad workers who are not covered by regular workers’ compensation laws are able to sue companies over their injury claims. FELA allows monetary payouts for pain and suffering, decided by juries based on comparative negligence rather than pursuant to a pre-determined benefits schedule under workers' compensation.

BNSF’s negligence, the suit asserts, caused “in whole or in part” the plaintiffs to develop asbestosis and other respiratory diseases.

The railroad company, however, disagrees.

In its answer to the complaint, BNSF offered 16 affirmative defenses to the plaintiffs’ claims, the first of which is that the former workers failed to state a claim upon which relief can be granted.

The company also claims that if the plaintiffs sustained the injuries they allege in their complaint, they “were proximately caused, in whole or in part, by the carelessness or negligence of plaintiff.”

Among other defenses, BNSF asserts that some or all of the claims are barred by the three-year period of statute of limitations under FELA.

St. Louis attorneys William Brasher and Ralph Godsy, both of Boyle Brasher, submitted BNSF’s answer to the complaint and motion to dismiss. Belleville attorney William Gavin filed the suit on behalf of the plaintiffs.

Court records show that U.S. District Judge G. Patrick Murphy is presiding over the matter and that it could go to trial by January 2014.