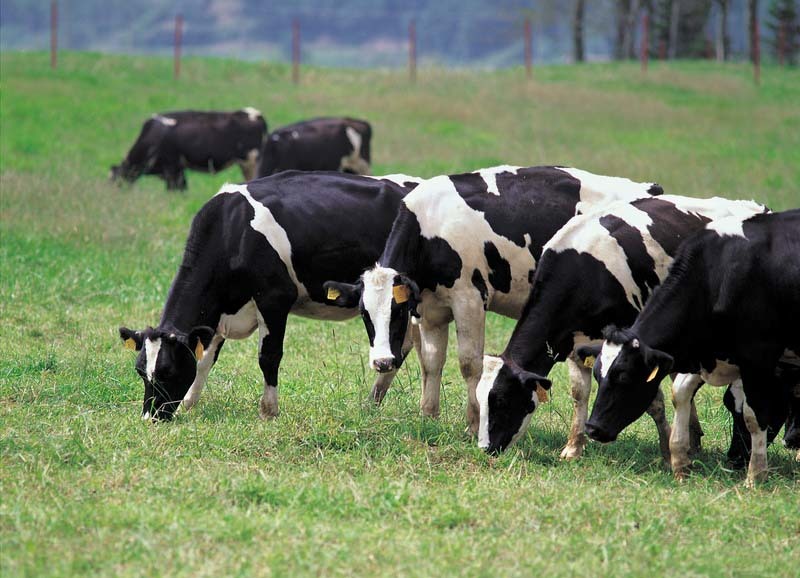 The Seventh Circuit Court of Appeals concluded that the U.S. District Court for the Southern District of Illinois properly dismissed a lawsuit against state and federal departments of Agriculture alleging they failed to take action against a farmer whose diseased cattle spread infection to a neighboring herd.

The order was delivered on March 16 by judges Richard A. Posner, Frank H. Easterbrook and John Daniel Tinder.

According to Anderson’s complaint, several of his cattle died after Ronald Shepard, a neighboring cattle farmer who was on supervised release after being convicted of wire fraud involving cattle transactions, allowed his diseased cattle to trespass on Anderson’s land.

The plaintiff filed grievances with the Illinois Department of Agriculture, claiming Shepard was bringing diseased livestock from out-of-state farms without health certificates, which were then spreading illnesses to Anderson’s cattle.

The Department investigated the complaints, but found Shepard’s cattle to be in “generally good health” with only minor issues, including one dead calf in a pasture and a fence that had been partially knocked down by a fallen tree.

However, Anderson claims a “substantial portion” of his herd became sick and died, and he blames the loss on Shepard’s cattle, the order states.

Anderson also claims Shepard’s federal probation officer told him to stop interfering with the government’s ongoing investigation into Shepard’s activities, and the federal Department of Agriculture failed to respond to his complaints.

Then in 2011, Anderson became delinquent on a loan he received from the Farm Service Agency, which declined his application to restructure the loan, claiming Anderson would not have been able to afford a restructuring plan even if he hadn’t lost most of his cattle.

It wasn’t until 2012, after Anderson’s cattle had died and he left the farming business, that the probation officer and the federal Department of Agriculture took action against Shepard.

The probation officer asked District Judge Phil Gilbert to revoke Shepard’s supervised release for violating its terms by “engaging in further crimes involving livestock,” the order states. As a result, Shepard’s release was revoked and he was ordered to be incarcerated for two years.

The federal Department of Agriculture later filed an administrative complaint charging Shepard with trading in livestock without properly registering with the Grain, Inspection, Packers and Stockyards Administration, which regulates markets in farm products and animals, and with issuing bad checks. Shepard was fined and prohibited from dealing in livestock for 10 years.

Afterward, Anderson filed an administrative complaint in spring 2012, claiming the Department of Agriculture violated his rights by failing to investigate Shepard promptly, which allowed him to continue bringing diseased cattle into the state.

Anderson field his lawsuit in the district court in July 2013, seeking damages from the state and federal agencies for failing to prevent the infection and death of his cattle.

The Illinois Department of Agriculture moved to dismiss, arguing the plaintiff’s claims were barred by sovereign immunity and lacked merit.

The district court agreed, concluding that three of the claims are barred by sovereign immunity and the last claim does not include any specific allegations regarding the state agency.

The appeals court affirmed the district court’s decision, concluding that the Illinois Department of Agriculture is not a “person.” Therefore, Anderson “may not sue a state in federal court for violations of state law,” which prohibits him from proceeding with two of the claims. As for the third claim, the appeals court held that Anderson failed to allege that a state agency discriminated against him based on his race, color or national origin.

Further, the federal agencies were never properly served with process, the appeals court held. Instead, Anderson delivered copies to the Attorney General and agency officials, but failed to serve the local U.S. attorney as required by law.

Anderson sought default judgment when the parties did not answer the complaint. Gilbert denied his requests for failure to serve. Gilbert advised him of the proper service method, but Anderson declined to follow the instructions, arguing that service on the local U.S. attorney is unnecessary because the actions concern officials in Washington, D.C.

Gilbert gave him a second chance before dismissing the federal defendants.

Anderson responded by moving for Gilbert’s recusal, claiming he was biased because he presided over Shepard’s criminal proceeding and had knowledge of facts not in evidence in this case. Gilbert denied his motion.

The appeals court also affirmed Gilbert’s rulings in regards to the federal defendants.

The Seventh Circuit concluded that the district court did not abuse its discretion in dismissing Anderson’s claims against the federal defendants. The court provided Anderson the opportunity to properly serve the defendants, but he still failed to follow the correct protocol.

Want to get notified whenever we write about Illinois Department of Agriculture ?

Sign-up Next time we write about Illinois Department of Agriculture, we'll email you a link to the story. You may edit your settings or unsubscribe at any time.