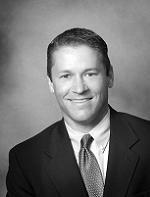 Defendants in a slip and fall lawsuit involving the Alton Panera Bread Company blame the plaintiff’s alleged injuries on his own carelessness and the natural accumulation of snow and ice.

Defendant Panera Breach Company removed the case filed by plaintiff Jeffrey Pfeifer to the U.S. District Court for the Southern District of Illinois on Feb. 9, citing diversity of citizenship and amount in controversy.

According to the Nov. 26 complaint, Pfeifer alleges he was exiting his parked vehicle and attempting to enter the Panera Bread at 1837 Homer M. Adams Parkway in Alton on Dec. 20, 2012, when he fell on a thin, clear sheet of ice on the sidewalk.

As a result, Pfeifer claims he suffered serious and severe personal injuries, incurred medical costs and has been unable to live in the manner in which he had been accustomed prior to the fall. Additionally, he alleges his ability to work has been diminished and he has lost income, the suit states.

Pfeifer blames the defendants for causing his fall, saying they negligently failed to maintain their premises in a safe condition, allowed ice to accumulate on the sidewalk, failed to remove ice from their sidewalk, failed to provide a safe entrance and exit and failed to give adequate warning.

Total Lot Maintenance answered the complaint on Jan. 15, denying the allegations and claiming the plaintiff’s own negligence was to blame for any alleged damages. The defendant also argues that the alleged injuries were the result of natural accumulation, barring recovery from the defendant.

StreamCo also denied the allegations in its Jan. 20 answer and argued that any alleged damages were the result of the plaintiff’s own carelessness. It accused Pfeifer of failing to keep a careful lookout, failing to observe an open and obvious condition, failing to take proper measures for his own safety and encountering a natural accumulation of ice or snow.

Pfeifer seeks a judgment of more than $200,000, plus pre-judgment interest, costs and other relieve the court deems just.