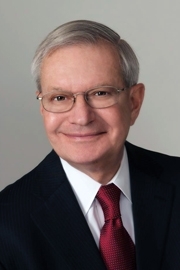 The Illinois House on Tuesday approved a measure that would reduce the number of jurors hearing civil cases from 12 to six.

It passed along party lines 67-46-2 in a Democratically-controlled chamber.

The Senate concurred on Wednesday. If the governor signs the bill into law, it will go into effect June 1, 2015.

The proposal came as an amendment to SB3075 and further provides that if alternate jurors are requested, an additional fee established by a county can be charged for each alternate juror requested.

“It is a bad bill,” Rep. Ron Sandack, R-Downers Grove, said during floor debate. “If it were a good bill, this sponsor or any sponsor would be bringing it next month under a new administration where we would learn whether it's a good idea to reduce civil juries, whether there really are any cost savings and whether there are any unintended consequences.”

Robert Martwick, D-Chicago, defended the measure during debate by pointing to a provision that would bump juror pay to $25 per day for the first day of service and $50 per day thereafter for necessary service. Depending on the county, jurors are currently paid either $4, $5 or $10 or higher amounts per day.

For cases filed prior to the effective date, if a party paid for a jury of 12, that party may demand a jury of 12 upon proof of payment.State Rep. Kelly Burke (D-Oak Lawn) introduced Amendment 1 to SB3075 on Nov. 25. Amendment 2, filed on Tuesday, clarified language and restored a provision allowing a county board to set a higher amount of compensation for jurors.

Burke said the idea behind the bill is not a new one and acknowledged that the Illinois Trial Lawyers Association asked her to support the measure, which is now before the Senate Executive Committee on motions to concur the amendments.

The Illinois General Assembly is in its fifth day of veto session. The legislature sets aside six days to wrap up old business, and sometimes fast track controversial measures, before a new session begins in January.

Here's a rundown of votes cast by area House members:

Illinois News Network contributed to this report with audio of Sandack and Martwick.