The Defining Question for the ILGOP in &rsquo;14: Why Do You Do What You Do? 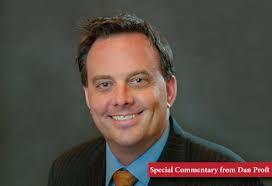 People don’t buy what you do. They buy why you do it.

This is the simple but powerful insight of a former advertising executive named Simon Sinek whose TED talk on the topic of leadership has eclipsed 15 million views.

Every Illinois Republican who has not viewed it would do well to join the millions who have.

According to Sinek, what separates the inspiring person or organization from everyone else is that they explain why they are doing something before spelling out what they intend to do.

The Illinois Republican Party’s leadership has intermittently (and only intermittently) explicated what it wants to do: cut taxes, reduce spending, and shrink government, to name three oft-heard “whats.”

But we (I’m an Illinois Republican so I’ll shoulder my share of the blame) have assumed saying what we want to do also explains, somehow, automatically, why we want to do it. But it does not work this way.  Unless we tell the voters of Illinois, clearly and directly, why we want to do things, they will have no understanding of our goals, and why our policy proposals move us toward those goals.

What we do provides proof for what we believe.

Millions of Americans, black and white, shared King’s dream for a more just America. They supported the civil rights movement because they believed first and foremost in the movement’s ends; the why.

People support those who believe as they do.

What is the ILGOP’s dream for the state it seeks to govern and for the residents it seeks to represent? What are its ends?

I have some ideas on what the answer should be that I will share in a forthcoming missive. At present, however, I do not know what the actual answer to the above question is and neither do most Illinoisans.

Last week, a We Ask America poll on the governor’s race commissioned by CapitolFax.com’s Rich Miller found Bruce Rauner leading Pat Quinn by 11 points when party affiliations where not attached to either of the candidates. However, when Bruce Rauner was identified as the Republican candidate and Pat Quinn the Democrat candidate (as they will be on the November ballot), Rauner’s 11-point lead totally vanished.

Quinn is unpopular. But the Illinois Republican Party’s brand is even more unpopular.

Illinois Republicans might consider that we are here because we have not explained why we are here.

People don’t buy what you do. They buy why you do it.

If we do not explain why we do what we do, the Democrats will be happy to fill in that blank for us yet again.

If we allow that to happen, the first Tuesday after the first Monday in November will be a very dismal day in Illinois yet again.