Federal judge orders three Prenda Law attorneys to pay more than $260K in fees; Says they have shown 'relentless willingness to lie to the Court' 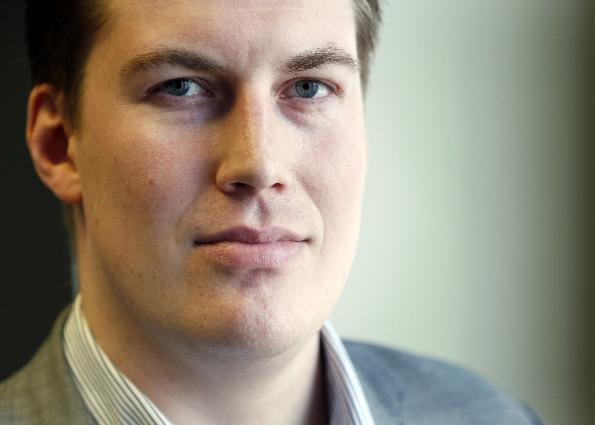 A federal judge late last month ordered three lawyers with ties to the now-dissolved Prenda Law firm to pay more than a quarter of a million dollars in attorney fees and costs to a trio of defendants in a computer hacking case their client brought earlier this year.

Granting the requests for attorney fees submitted by the two Internet service providers, Murphy denied motions filed by the Prenda Law-affiliated attorneys to vacate or reconsider a previous order approving fees and costs to Smith.

The order comes in the case of Lightspeed Media Corp. v. Smith, et al., which was removed to the U.S. District Court for the Southern District of Illinois in August 2012 days after it was filed in the St. Clair County Circuit Court.

Lightspeed sued Anthony Smith for computer fraud and abuse, conversion, unjust enrichment, breach of contract and other civil conspiracy claims, accusing him and his alleged co-conspirators of hacking passwords to gain access to its websites.

The suit also named AT&T and Comcast, as well as one unnamed corporate representative with each of the companies, as defendants, claiming they allowed their subscribers to repeatedly hack into its website and interfere with its efforts to identify thousands of alleged hackers through their Internet protocol addresses.

In March, Lightspeed voluntarily dismissed its suit. The following month, Smith filed a motion seeking attorney fees, in which he asserted the plaintiff’s claims against him were baseless.

Duffy, a Chicago attorney who served as Prenda Law’s sole officer before it dissolved this past summer, opposed the motion, alleging that Smith’s Massachusetts attorneys --Jason Sweet and Dan Booth--routinely file baseless motions for attorney fees and that his client’s claims were not frivolous.

Electronic court records show that there was no activity in the case between May, when Smith replied to Lightspeed’s response to his motion for fees, and October, when Murphy issued a memorandum and order that granted Smith’s request and gave him until last month to file an itemization of fees.

Agreeing with Smith’s contention that the claims against him were indeed baseless, Murphy wrote in his Oct. 30 order that “the litigation smacked of bullying pretense.”

The day after Murphy granted Smith’s request for fees, Hansmeier filed a motion to vacate or reconsider the order. Duffy and Steele filed similar motions shortly after.

By this time, both Hansmeier and Steele had withdrawn as attorneys for Lightspeed. Belleville attorney Kevin Hoerner, who served as local counsel for Lightspeed, withdrew from the case last month.

Hoerner submitted Lightspeed’s first amended complaint last year in St. Clair County Circuit Court, but is not included in the order requiring the plaintiff’s other attorneys to pay fees and cost.

According to Murphy’s recent order, a hearing on all of the motions over attorneys’ fees took place on Nov. 13, when Duffy and Steele appeared in person and Hansmeier attended by phone.

In his order, Murphy wrote that he denied the three lawyers' motions to reconsider or vacate because they "fail to state any grounds warranting relief under Rule 60(b).”

He explained that because his previous ruling granting Smith fees was not a final order, he evaluated the motions under Rule 60(b), which deals with relief from a judgment or order, since motions to reconsider don’t technically exist under federal rules.

“Duffy’s motion is not based on any of the grounds specified in Rule 60(b),” Murphy held. “Instead, Duffy merely takes umbrage with the Court’s analysis of the evidence and its ruling, and rehashes old arguments that he made and the Court denied in his response to Anthony Smith’s motion for attorney fees … Neither of these things warrants relief under Rule 60(b).”

In regards to the motions filed by Hansmeier and Steele, Murphy wrote that they, like Duffy, argued that he should reconsider his order granting fees to Smith “because they took only a small number of ‘discrete actions’ in this matter, none of which multiplied the proceedings or were unreasonable or vexatious.”

“These arguments do not translate into a legal basis warranting relief under Rule 60(b),” the judge wrote in denying their motions.

Murphy dedicated a good portion of his analysis on an argument lodged by Hansmeier and Steele that the order granting Smith fees should be vacated because it imposed sanctions on them without giving them notice or a chance to be heard.

Hansmeier and Steele claimed they were not notified of Smith’s motion seeking fees until the judge's Oct. 30 order because they were no longer attorneys of record and Smith failed to serve them.

“Despite their protestations,” Murphy wrote in his Nov. 27 order, “that Hansmeier and Steele both received all the process they were due.”

Rejecting Steele’s claim he never got notice of Smith’s motion, Murphy wrote that a review of electronic court records shows that notice of the motion went to an email address used by both Steele and Duffy.

“Therefore, it is irrefutable that Steele had actual notice of Smith’s motion for attorney fees prior to the Court’s order granting the motion,” he held.

Murphy further determined that “Smith served his motion for attorney fees on Duffy, and that is all he was required to do. He did not have to also personally serve Steele and Hansmeier.”

He added, “This is particularly true since Duffy, Steele, and Hansmeier are all associated with the same law firm: Prenda Law, Inc. The docket sheet indicates Paul Duffy’s firm is Prenda Law; Steele listed his firm as Prenda Law on his entry of appearance and his motion to withdraw; and Hansmeier indicated that he was ‘of counsel’ to Prenda Law."

In reaching his ruling, Murphy took notice of a declaration Steele submitted in the Central District of California, in which he swore he and Hansmeier were of counsel to Prenda Law.

“Aside from being from the same firm, there is other evidence suggesting these three men worked in concert with one another,” Murphy wrote, adding that Duffy, Steele and Hansmeier used each other's log-in information for the court’s electronic filing system and included numerous similarities in their filings.

Murphy also took judicial notice “that several other federal courts have found Duffy, Steele, and Hansmeier to be in cahoots.”

“Most notably,” he wrote, “Judge Otis Wright in the Central District of California found that Steele, Hansmeier, and Duffy were ‘starving attorneys’ with ‘shattered law practices’ who conspired to use copyright laws to ‘plunder the citizenry,’ and he adopted into his findings a chart showing the relationship between these men and others associated with Prenda Law.”

Based on this information, Murphy explained, he “has no doubt that Duffy, Steele, and Hansmeier are closely associated and acted in concert to file and prosecute this frivolous lawsuit.”

In regards to the motions for fees submitted by Comcast and AT&T, Murphy determined that awarding them fees is appropriate because Lightspeed's claims were baseless.

“By naming Comcast and AT&T as defendants without any valid claims in an attempt to make an end run around the Illinois Supreme Court’s denial of discovery, Plaintiff unreasonably and vexatiously multiplied the proceedings in this matter,” he wrote.

As a result, Murphy found that attorneys for Comcast and AT&T were “forced to respond to and appear for a hearing on Plaintiff’s emergency motion for expedited discovery, to file various motions to dismiss, to appear for a scheduling and discovery conference, and to file a motion to stay discovery.

He also found that Duffy, Hansmeier and Steele showed “a serious and studied disregard for the orderly process of justice.”

“These men have shown a relentless willingness to lie to the Court on paper and in person, despite being on notice that they were facing sanctions in this Court, being sanctioned by other courts, and being referred to state and federal bars, the United States Attorney in at least two districts, one state Attorney General, and the Internal Revenue Service,” Murphy wrote.

As an example, the judge pointed to the Nov. 13 motion hearing, at which he asserts that  “Hansmeier skirted the Court’s direct questions, Steele made feigned protestations, and both flat-out lied about their association with Prenda Law, Inc. in the face of documentary evidence on the record in this case, and their sworn declarations in other cases.”

Court records show that AT&T was represented by Troy Bozarth with HelperBroom LLC in Edwardsville and Bart Westcott Huffman of Locke Lord LLP in Texas, who also represented the unnamed AT&T corporate representative.

Want to get notified whenever we write about Locke Lord LLP ?

Sign-up Next time we write about Locke Lord LLP, we'll email you a link to the story. You may edit your settings or unsubscribe at any time.