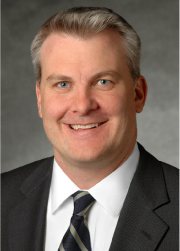 The Clean Jobs Bill has stalled for now, but proponents have signaled it will return. In fact, State Rep. Michael Zalewski (D-Summit) on Saturday held a “Clean Energy Town Hall” in Riverside at which CUB was a participant.

Glennon, managing director of Ninth Street Advisors, a consulting firm that assists emerging companies with financial planning and strategy, contends that no one has told consumers how much these new initiatives will cost them. That includes CUB, a nonprofit, nonpartisan organization that was created to represent the interests of residential utility customers in Illinois.

“Consumers in Illinois are totally unaware how much they’re paying for these green energy solutions,” Glennon said. “CUB is not providing good information, nor is anyone else.”

“In other states, it’s very easy to find their discussion, and it’s in the billions of dollars for much smaller states,” added Glennon, who also runs the online news site, WirePoints, and serves on Gov. Bruce Rauner’s Innovate Illinois Advisory Council. “But you won’t find a single article in Illinois with people talking about those numbers.”

Following an effort launched by then consumer activist and now former Gov. Pat Quinn, the Illinois General Assembly created CUB in 1983. It directed the organization to advocate for residential utility customers by intervening in ratemaking proceedings at the Illinois Commerce Commission, in the courts and before other public bodies. The state statute also permits CUB to promote tougher consumer protection laws in the state legislature, and to provide consumers with assistance with their utility companies.

The law assigned a seat on the board for each Congressional district, but the website currently identifies members from nine of 18 districts.

The Illinois General Assembly set up CUB as a membership-based organization, with an initial $100,000 state loan and the ability to include membership flyers in utility bills. But, CUB’s website says, after utilities blocked the inserts in federal court in 1986, the state legislature modified the law so CUB could include its membership flyers in mass mailings from state agencies.

CUB points out in its website that it is primarily funded by Illinois consumers.

In an interview on June 16, Kolata said the assets and income were somewhat misleading because the board operates two entities.

“The income in both goes up and down,” he said. “We’re still as effective.”

CUB’s website lists accomplishments for 2012 and 2013, stating that in each year the board beat back $300 million in rate hikes.

Pages for accomplishments last year and this year remain blank.

According to the Illinois Department of Commerce and Economic Opportunity, CUB has received at total of $1.9 million in state grants since 2007. During the years Quinn was governor, 2009-2015, CUB received $1.7 million in grants. Most of the grant money has been for public energy efficiency education and “to bolster the State’s economy, promote a clean environment and improve the overall quality of life throughout the State of Illinois.”

Charles Acquard, executive director of the National Association of State Utility Consumer Advocates, points out that the Illinois CUB is unique in the way it is funded. The other members of NASUCA are funded through direct appropriations from their states or receive a percentage of their funding through a charge on utilities.

“I don’t think any other member has the ability to enlist membership through the mail, and they receive a lot of money through grants,” Acquard said. “Not many go that route.”

Acquard adds that the Illinois CUB is an effective organization, and even with limited resources, it has been able to successfully advocate for consumers in Illinois.

In April, CUB released its analysis of the Clean Jobs Bill, which, specifically, would require Commonwealth Edison and Ameren Illinois to use customer efficiency programs to reduce electricity demands by 20 percent by 2025. Among other things, the bill would also require 35 percent of the state’s energy to come from renewable resources, such as solar and wind.

CUB contends that the legislation would save Illinois consumers more than $1.6 billion by 2030, or on average, about $100 each year moving forward.

“The numbers prove that the Illinois Clean Jobs Bill is the only energy legislation in Springfield that would actually spark customer savings,” Kolata said in a news release. “At a time when customers are being hit hard by volatile power markets and rate-hike happy energy companies, our analysis shows that efficiency is the best way to keep out-of-control electricity bills in check.”

Glennon agrees that while some initiatives in the bill will help consumers and lower prices, CUB fails to consider in its analysis the costs of shifting to alternative forms of energy in the coming years.

“This is not the cheapest alternative,” Glennon said. “All proponents of the bill give aggregate numbers, but who knows if those numbers are accurate? They’re their own studies. And even assuming they are accurate, they don’t break the bill down.”

Glennon contends that while the Illinois Clean Jobs Bill stalled in this session, he expects the same sponsors to pursue it again in the fall.

Steve Korris contributed to this report.