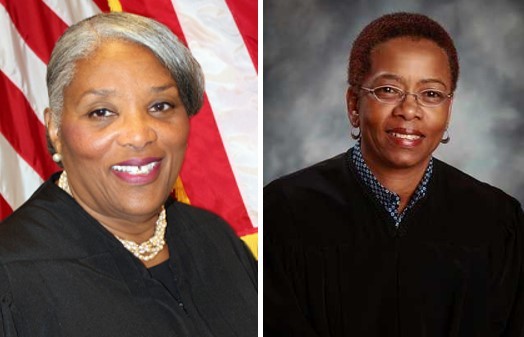 Defendants interrupted four asbestos trials in February by removing them from state courts to federal courts.

The tactic failed every time.

He sets three such trial dates a year, and wrote this year that parties settled about 1,140 mesothelioma cases and 500 lung cancer cases in his court in 19 years.

On the trial date, defendants learned that Vimasco Corporation of Nitro moved for summary judgment on Feb. 7.

Plaintiffs had named Vimasco as defendant but hadn’t developed the claim and didn’t plan to put Vimasco on trial.

J-M Manufacturing removed a case that the estate of Lyle Swiger originally filed against 77 defendants.

He wrote that Wilson “specifically indicated that he was not ruling on Vimasco’s pending motion for summary judgment, that there would be four defendants at trial, but that there would only be evidence put on as to three defendants.”

Greyhound counsel Raj Shah of Charleston wrote that all parties settled or were dismissed except Greyhound, Arvin Meritor, Carlisle Companies, and Vimasco.

“Vimasco has been improperly joined in this action, so the citizenship of this defendant must therefore be ignored for jurisdictional purposes,” Shah wrote.

“There is no evidence that Ms. Boggs was exposed to a product for which Vimasco is responsible.”

He alleged fraudulent joinder not only of Vimasco but also of Leslie Equipment, a John Deere dealer in West Virginia and Kentucky.

“Plaintiffs cannot possibly prevail as to any cause of action against Vimasco or Leslie Equipment Company,” Evans wrote.

Plaintiffs filed emergency motions to remand the cases to Wilson.

For the Swiger estate, John David Hurst of Motley Rice in Morgantown wrote that Vimasco was currently active in the matter.

He wrote that the estate had a demand for settlement outstanding to Vimasco.

He wrote that J-M improperly acted as if it were the judge in analyzing the merits of the estate’s legal claims against Vimasco.

For the Boggses and the Puffinbergers, Scott McGee of Morgantown wrote, “The state court judge has indicated that he is keeping the jury.”

Berger remanded the cases to Wilson on Feb. 12 and 13.

She wrote that the position of defendants that she should resolve summary judgment between West Virginia litigants, turning on disputes regarding facts and evidence, fell short of the standard for fraudulent joinder.

Wilson resumed the trials and all parties settled.

In Illinois, Stobbs started trial for Arlan Wieland and Dian Wieland on Feb. 19, in a case they originally filed against 62 defendants.

Automotive component maker Arvin Meritor removed it on that date.

Arvin Meritor counsel Brian Myers of St. Louis wrote that the remaining parties were his client and PACCAR.

“As such, the basis for removal has only become apparent within the last 24 hours,” Myers wrote.

She wrote that Caterpillar, an Illinois citizen, was an active defendant.

She wrote that although plaintiffs and Caterpillar engaged in negotiations, they hadn’t reached agreement.

Myers disputed that on the same date, claiming Caterpillar’s counsel advised him that an agreement was reached.

He moved for permission to conduct discovery on facts relevant to removal.

Yandle denied the motion on that date and remanded the case to Stobbs.

She found the Wielands and Caterpillar hadn’t reached agreement and the state court docket listed Caterpillar as an active defendant.

The trial resumed with jury selection on Feb. 25.