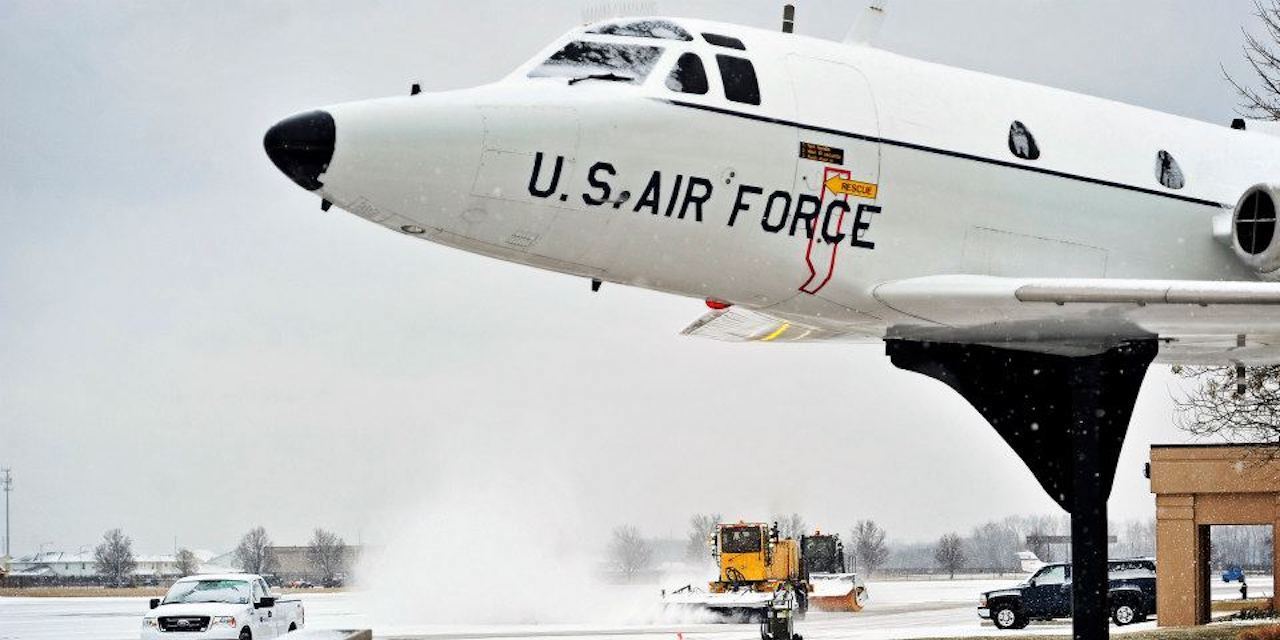 Scott Air Force Base is one of more than 400 Armed Forces facilities where chemicals used in fire-fighting foam may have leaked into groundwater and area drinking supplies.

Officials have started contacting local residents near the Belleville base after Per- and polyfluoroalkyl Substances (PFAS) were detected during inspections. Two members of the PFAS family of chemicals, PFOS and PFOA, are key ingredients in aqueous film forming foam (AFFF).

According to the Environmental Protection Agency, studies indicate these two members can cause reproductive and developmental, liver and kidney and immunological effects in laboratory animals. Other studies have linked the chemicals to several types of cancer, birth defects and thyroid disease.

Lawsuits have been filed against the manufacturers and distributors of the chemicals and products containing them.

Illinois' Senators Dick Durbin and Tammy Baldwin issued a joint statement confirming the Air Force contacted their offices to deliver a briefing "on the potential contamination of off-base water wells near Scott Air Force base."

According to the briefing, the Air Force Civil Engineer Center is carrying out further investigations, which are due to be completed by June.

"We are in direct contact with local elected officials on appropriate next steps, and we are contacting top Air Force officials to urge them to pursue a transparent and community-oriented approach to dealing with this situation," the senators said. “Unfortunately, this is not a new issue, and we have been working to alleviate this threat for years across the United States. In the last two years alone, we increased funding for PFAS-related clean-up, research and mitigation work at and near military bases to $483 million."

Durbin and Duckworth are among legislators that support the PFAS Action Act of 2019, which would designate PFAS chemicals as hazardous and subject to Superfund legislation ordering widespread clean ups. Opponents, including the airline industry and airports, which have used the fire fighting foam, believe the move to be too drastic.

The Navy, being sued in a Pennsylvania court by residents living near Air Station Joint Reserve Base Willow Grove and the former Naval Air Warfare Center Warminster, has asked a judge to put the case on hold ahead of state and federal governments issuing clean and remediation guidance.

Residents are asking for the Navy to be ordered to fund a health study and to have PFAS contamination subject to the Pennsylvania Hazardous Sites Cleanup Act, according to a report in the Military Times.

Litigation is continuing across the country, including suits taken by states, corporations and local residents living close to plants. Some are class actions.

Most recently, Wolverine Worldwide of Michigan, which produces Hush Puppies, reached a $55 million settlement with 3M, the makers of Scotchguard in a lawsuit over PFAS contamination.

According to Sustainalytics, corporate governance analystis, reported in December that the potential costs associated with PFAS-related litigation are estimated to range from $25-40 billion.

The company noted that DuPont and Chemours agreed to $671 million settlement in a class action involving over 3,500 people and linked to releases of PFOA into the water from its plant in Parkersburg, W.V.

In February 2018, 3M agreed to a $850 million settlement with the state of Minnesota over allegations that its production of chemicals polluted drinking water in the state.

New Jersey, New Hampshire, Vermont and New York are currently suing DuPont, 3M and Chemours for environmental contamination. It is claimed they knew the dangers but did not warn.

Investors are also suing while Chemours has filed an action against DuPont claiming the latter "radically understated" the potential environmental liabilities when the former was divested from the parent company.

Want to get notified whenever we write about Scott Air Force Base ?

Sign-up Next time we write about Scott Air Force Base, we'll email you a link to the story. You may edit your settings or unsubscribe at any time.