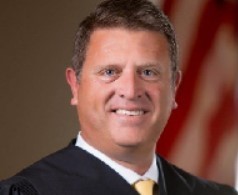 A personal injury action can proceed in St. Clair County after an appeals court ruled against the defendants' argument that it would be better heard in another forum as none of the parties had any real connection to the plaintiff's chosen one.

In the underlying suit, George Herron, a resident of Franklin County, filed suit in St. Clair County Circuit Court after he was seriously injured following an accident at a Caterpillar plant on the border of Williamson and Saline counties.

Only one of the defendants, Sherwin-Williams, could be described under the law as being resident in St. Clair County because it has three stores in the jurisdiction.

However, the Fifth District Appellate Court, in a 2-1 split decision, decided that the lower court did not abuse its considerable discretion when deciding that St. Clair was a proper venue for the action.

In a dissent, Justice John Barberis concluded, "In my view, plaintiff’s choice of forum was not motivated by legitimate private concerns and under these circumstances, it is reasonable to conclude that plaintiff engaged in forum shopping."

However, Justice Judy Cates, with Justice James Moore concurring, found, "The circuit court properly denied defendants’ motions for change of venue where defendants failed to show that plaintiff’s chosen forum was unduly burdensome or inconvenient to them and that another forum was more convenient to all parties."

"As aptly noted by the circuit court, this is a case in which the potential trial witnesses are scattered among several counties, and no single county enjoys a predominant connection to the litigation," Cates wrote.

The majority also found that many of the medical witnesses are located in St. Louis and St. Louis County, while none of the expert witnesses have yet to be identified. Some of the defendants are out of state residents, while two from Illinois dropped their objections to the action being heard in St. Clair County.

Barberis found that the lower court clearly abused its discretion in balancing the relevant factors in several respects.

He objected to the "sweeping findings" that St. Clair has much better resources to handle the trial, while adding evidence that the county is much more congested than Williamson and Saline was disregarded.

The underlying complaint alleges negligence and products liability after Herron was injured in a February, 2013 accident at the Caterpillar Mine Equipment Repair & Service Plant in Carrier Mills.

The plaintiff was cleaning an airless spray paint gun when it exploded. Herron was thrown from the building and suffering burns to more than 90 percent of his body.

He was airlifted to a hospital in St. Louis, where he was in a medically induced coma for a time, which was followed by close to nine months being treated in various facilities in the city.

The plaintiff alleges that "the explosion occurred as a direct and proximate result of the defective and unreasonably dangerous conditions of the spray gun."