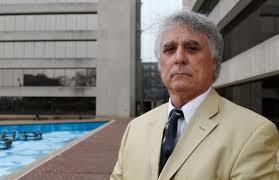 The FCC confirmed on Feb. 19 that there has been no response to a show cause order that administrative judge law Jane Halprin issued on Jan. 24.

Her order set a Feb. 10 deadline for Watkins to explain his failure to follow commission rules and her orders.

“The time has to question whether additional government time and resources should be devoted to this matter if the party seeking renewal of its licenses doesn’t deem it sufficiently important to vigorously advance its case," Halprin wrote.

The commission initiated enforcement proceedings against the trust on a complaint from St. Clair County board chairman Mark Kern.

Watkins filed an entry of appearance on Dec. 19, but didn’t sign it.

Halprin rejected it, finding it lacked the most basic indicia of authenticity.

“Entertainment Media Trust has been made aware of the repercussions of its behavior, but has taken no meaningful corrective action," she wrote

Halprin further wrote that she made multiple concessions to spur robust discovery, but they had the opposite effect due to the trust’s continuous efforts at obfuscation.

She has set a hearing in October, but her order indicated she might call it off.

She wrote that she considered inviting the enforcement bureau and Kern to file motions to dismiss.

Finally, she wrote that subsequent events “weigh against even such an incremental additional expenditure.”