Inside asbestos bankruptcy: Insurers brand Fraser's as ‘greasing the wheels to get lawyers paid’ 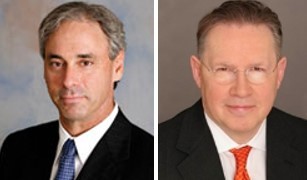 WILMINGTON, Del. – David Gordon of California, who filed a bankruptcy plan as owner of defunct asbestos defendant Owens-Illinois in January, triggered a mighty battle among insurers the last time he filed one.

Four insurers approved his plan for Fraser’s Boiler Service at bankruptcy court in Tacoma, Wash., and two insurers branded the plan as illegitimate.

The opponents, National Union Fire and London Mutual, claim the plan provides benefits only for Gordon and asbestos lawyers.

They claim it would increase their exposure by tens of millions and place asbestos claimants at a disadvantage.

The conflict awaits resolution at the Ninth Circuit Court of Appeals in San Francisco.

According to National Union Fire and London Market Insurers, Gordon bought at least eight defunct companies that had insurance coverage and tort liabilities.

His Paddock Enterprises, as successor to Owens-Illinois, filed a bankruptcy petition in Delaware on Jan. 16.

The petition identified Paddock as the world’s largest manufacturer of glass containers, with 78 plants in 23 countries.

Gordon portrayed Paddock as a victim, writing that the environment in the tort system has deteriorated generally for mass tort defendants.

Plaintiffs “recover from defendants in the tort system, collect their full damages, and then collect significant damages from trusts based on evidence they subsequently submit, even when it alleges exposure to the same product,” Gordon wrote in the petition.

He wrote that Paddock had about 900 suits pending throughout the country, each requiring tens to hundreds of thousands of dollars in legal fees and costs alone.

Most of the claims were not litigated but were presented through a variety of administrative claims agreements, according to Gordon.

“The company long believed that it and its various stakeholders were best served by proactively managing its asbestos related liabilities outside of the tort system through such agreements,” he wrote.

He wrote that its ability to estimate expenditures had been affected by pressure on settlement values and by changes in claiming patterns, law, and procedure.

He wrote that these factors made administrative claims agreements difficult to maintain, at least on existing payment terms, and that differences among jurisdictions in the tort system resulted in extreme disparities on claim amounts for similar plaintiffs.

He selected Simmons Hanly Conroy of Alton, the Gori firm of Edwardsville, Maune Raichle of St. Louis, and the O’Brien firm of St. Louis.

Gordon’s portrayal of Paddock as a victim of the tort system clashes with charges that he and plaintiff lawyers colluded in the Fraser’s Boiler Service bankruptcy.

The settlement provided almost $12 million for creation of a trust.

Fraser’s petition sought to bar contribution claims that National Union, London Market, and Travelers might bring against the insurers that settled.

At a hearing, London Market counsel Aron Oliner said insurers paid defense and indemnity on claims for more than 20 years.

He told Bankruptcy Judge Brian Lynch, “The system was working and would continue to work but for this bankruptcy case. It’s not about getting asbestos victims compensated so much as it is about greasing the wheels to get lawyers paid.”

Lynch said, “It seems to me that the evidence is pretty clear that it’s just not a faucet that keeps going forever and ever, that there is an end. They keep looking for what I call tertiary producers, manufacturers, suppliers, whatever, but the primary ones are for the most part either gone or resolved. A lot of the secondary ones too.”

London Market counsel Russell Roten said a clever reorganization specialist found Fraser’s, “blew a little bit of air into it, and brought it into this court so he and his lawyers could make a bunch of money.”

He said the plan was detrimental to claimants who won’t know they are damaged until 20 years from now.

Mark Waldron, representing unsecured creditors, said, “There are proof problems with policies. There are exhaustions occurring. Not everybody’s getting fully paid.”

U.S. bankruptcy trustee Sarah Flynn opposed the plan at a hearing, saying it lacked projections regarding who would file and when the trust would become insolvent.

She said it lacked a voice for unknown future claimants.

Lynch granted a stay and approved the settlement.

In the meantime, National Union Fire and London Markets appealed to district court in Tacoma, but proceedings continued in Lynch’s court.

When trustee Flynn brought up future claimants at a hearing, Judge Lynch said he was led to think there weren’t many future claims.

“I’m reluctant to hire a future claims rep, who’s also going to get paid, if it turns out there’s not going to be a future, that many future claims, to worry about,” Lynch said.

Flynn responded, “We have this sort of incestuous relationship between the debtor and its professionals whereby everyone has skin in the game and only gets paid if the plan is confirmed.”

Oliner also said, “These asbestos trusts have been a problem and the Department of Justice is getting more and more active about having some controls over how the funds are misused.”

National Union Fire and London Markets moved for discovery about the settlement they didn’t join, and Lynch granted it.

Oliner filed a startling summary of the settlement last February.

“Far from a legitimate effort to reorganize, the plan is an illegitimate mechanism for paying fees to Fraser’s owner and his associates at the expense of the opposing insurers and the asbestos claimants who are placed at a disadvantage,” Oliner wrote.

He wrote that Gordon’s agreement with Fraser’s entitled him to $7,500 a month through confirmation of the plan, after which he would receive fees from the trust.

He also wrote that the plan would divert more than half of the settlement from claimants to Gordon and his counsel at Gilbert LLP, and that it would return nearly all claimants to the tort system unless Alan Brayton or Matthew Bergman represented them.

He wrote that the trust could only pay their clients or clients of four other firms.

He wrote that Brayton notified Gordon of the existence of Fraser’s and informed him that Fraser’s had available insurance.

He wrote that insurers who settled breached a cost sharing agreement with those who didn’t settle, and within 30 years, the trust’s obligations would likely be between $37 and $42 million.

He wrote that Brayton and Bergman wanted some insurers available in the tort system so clients could continue bringing claims against Fraser’s in the system.

He wrote that without this bankruptcy, the portion of future liability for insurers that settled would be about $59 million.

District Judge Robert Leighton reversed Lynch in March, finding he placed far too much faith in a rickety system of theoretical rather than actual rights.

Leighton found parties that don’t settle must have adequate protection against unfair allocation of liability.

Fraser’s appealed to the Ninth District, where the dispute remains pending.

Want to get notified whenever we write about National Union Fire ?

Sign-up Next time we write about National Union Fire, we'll email you a link to the story. You may edit your settings or unsubscribe at any time.