It's actually illegal for sheriff's deputies to have suppressors in Illinois, so why is Madison County spending tax money on them? 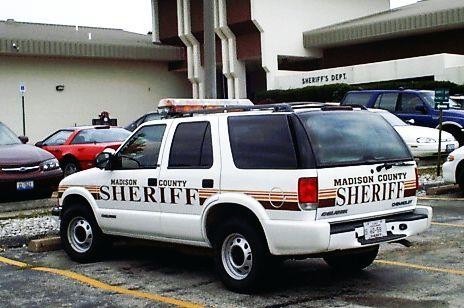 This Feb. 12 letter written by Wood River attorney Thomas Maag to Madison County officials references an Alton Telegraph news report detailing the recent approved purchase of 90 rifles for the Sheriff's Department, which will be equipped with special sights and suppressors.

I read in the paper yesterday that the Sheriff's Department was purchasing a substantial quantity of short barrel AR15 type rifles, and suppressors to go with same.

Let me start by saying, from an operational standpoint, that's probably a good idea. However, as both a licensed attorney and as a federal firearms licensee, authorized by the ATF to both manufacture and deal in both SBRs and suppressors (among other things), I think you have a legal problem with your proposed purchase that poses great risk to your officers and the tax money of the county. Anyone that tells you otherwise is trying to sell you something.

The problem is with the suppressors. Our brilliant (sarcasm) legislators in Springfield have generally outlawed them in Illinois. This prohibition includes almost all police. This includes you.

By plain reading of the law, only three classes of persons can legally possess suppressors in Illinois. Those being licensed firearms manufacturers, licensed ammunition manufacturers, and SWAT teams. It remains illegal for rank and file officers to possess suppressors, even if owned by the Sheriff's Department, and even if issued to them. Only SWAT teams can have and use suppressors for law enforcement in Illinois. In other words, per the newspaper article, your contracting to buy and issue weapons that the General Assembly in Springfield has deemed it a felony for your officers to possess, even on duty, and even for official purposes.

I would certainly support a change in the State suppressor law (which I think was both poorly conceived and unconstitutional) to allow both regular police officers, as well as regular law abiding citizens to possess and be able to use federally registered legal silencers in Illinois. However, unless and until such statute is repealed, amended or declared unconstitutional, it remains equally illegal for your officers to possess a suppressor (outside the SWAT context) as it does for anyone else in Illinois.

As a taxpayer, I don't want my tax money wasted on police equipment that police cannot use, and if used, will lead to future embarrassment once a critic of the police and/or county figures it out.

If you have any questions, I'm happy to meet with you to explain this to you in greater detail. But what I really suggest is you contact your state representative and ask them to repeal the suppressor ban.

Want to get notified whenever we write about Madison County Sheriff's Office ?

Sign-up Next time we write about Madison County Sheriff's Office, we'll email you a link to the story. You may edit your settings or unsubscribe at any time.