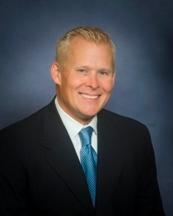 Fairview Heights medical centers argue that a patient’s own negligence resulted in her injuries when she allegedly tripped and fell while moving to a chair following surgery.

Christina Kiel and her husband Michael Kiel filed the lawsuit on Nov. 14 against Center for Gastrointestinal Health and Metroeast Endoscopic Surgery Center in Fairview Heights.

According to the complaint, Christina Kiel was a patient of the defendants’ on March 13, 2019 when she underwent a planned surgery. After she was taken into the recovery room following the procedure, she was asked to move from a bed to a chair without assistance. As she attempted to move to the chair, she allegedly tripped over a floor-mounted bed stopping device, causing her to suffer from a severe trimalleolar ankle fracture.

As a result, she allegedly had to undergo “significant medical treatment including open operative fixation and reduction of the fracture,” the suit states.

She claims she “did not yet have appropriate baseline orientation to person, time and place” at the time.

Kiel alleges no post-anesthetic evaluation was performed, and she was unable to walk properly without assistance. She adds that she was not properly supervised in the period following surgery, the suit states.

The plaintiff accuses the defendants of failing to guard or protect the uncovered bed stop on the floor and failing to warn the plaintiff of the dangerous condition.

Michael Kiel alleges loss of consortium and that his life was affected by his wife’s injury.

The defendants answered the complaint on Jan. 6 through attorney Lucy Unger of St. Louis, denying liability.

In their affirmative defenses, the defendants argue that any alleged injuries are caused by the plaintiff’s own negligence for failing to keep a careful lookout where she was stepping.

They also argue that any alleged injuries were pre-existing conditions.

The plaintiffs filed a reply to the defendants’ answer on Jan. 7 through attorney Eric J. Carlson of Byron Carlson Petri & Kalb LLC in Edwardsville. They deny each and every allegation raised in the affirmative defenses.