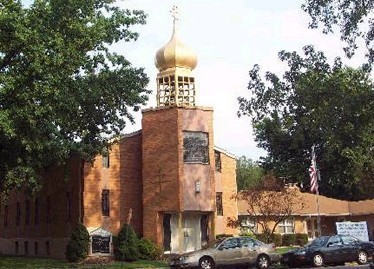 Nativity of the Virgin Mary | Orthodox Church of America

EDWARDSVILLE – A church has filed suit against its insurance company over an alleged "vexatious and unreasonable" denial of a claim after heavy rainfall caused sewers and drains to back up and damage the property.

The suit claims the church on Ewing Avenue in Madison was damaged after water and sewage backed up into the premises.

It is alleged that the policy specifically states that the church was insured for losses caused by such events.

Church Mutual Insurance Company, which is based in Wisconsin but specializes in insuring religious organizations across the country, did not immediately respond to a request for comment.

On Nov. 19, 2019, the church was informed that the insurance company was denying coverage, which prompted this lawsuit claiming that it is in breach of its policy.

The church has sustained damage as a result of Church Mutual's "unreasonable and vexatious" denial of the claim, the suit states.

In total, the congregation states it has spent $64,334 in water mitigation repairs, $3,367 in loss of income and flagged the prospect of potential costs linked to tearing down and re-building the church.

The plaintiff, which is seeking no more than $75,000 in damages, is represented by Stephen C. Mudge of Rynearson, Suess, Schnurbursch & Champion in Edwardsville.

Want to get notified whenever we write about Third Judicial Court of Illinois ?

Sign-up Next time we write about Third Judicial Court of Illinois, we'll email you a link to the story. You may edit your settings or unsubscribe at any time.