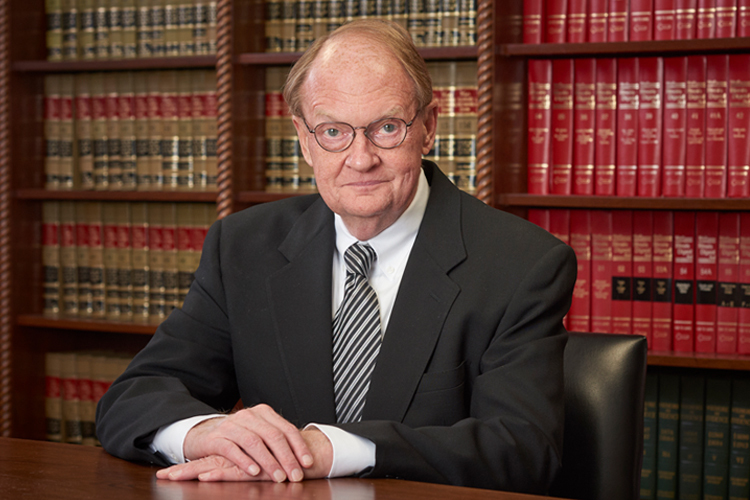 He objected to any and all questions on Jan. 24, and told Garrison, “I guess we’ll have to have Nancy rule on it.”

Keefe meant Chief U.S. District Judge Nancy Rosenstengel, who will need to rule on it because Garrison moved to compel the deposition on Feb. 3.

Garrison wrote that Keefe’s remarks were demeaning and offensive.

She quoted a Seventh Circuit rule that, “Counsel should not engage in any conduct during a deposition that would not be allowed in the presence of a judicial officer.”

She alleged that negligence of Illinois health providers, St. Louis University, and the U.S. resulted in removal of her tongue.

In the case involving Garrison, she sued the university and the U.S.

Garrison tried to schedule a deposition of Vandervelden last October, and Keefe replied that she gave one in a St. Clair County case and wouldn’t do it over.

Garrison wrote back, “She has the burden of proof and is now seeking $52 million from the United States.”

Garrison spent $366 for a transcript of the deposition in the St. Clair County case.

It showed that Vandervelden’s daughter acted as interpreter.

Garrison wrote to Keefe, “I have problems with plaintiff’s daughter independently supplying substantive answers to questions.”

She wrote that Vandervelden “had some difficulties with verbal communication that we will need to consider.”

Garrison replied, “I do feel the need to revisit some of the topics that were discussed in her prior deposition to explore them in greater detail.”

On Dec. 19, she notified Keefe that she would depose Vandervelden in Keefe’s Swansea office on Jan. 24.

Vandervelden arrived late for the event with her daughter.

The daughter left when Garrison said she was a fact witness and could not stay.

Garrison asked Keefe if it was his position that the state deposition would be admissible in federal court.

He said she was in his world and that, “You’re not going to cross examine me.”

He said they’d have to have Nancy rule on it.

“I’ve dealt with lawyers who were difficult who actually thought they knew what the hell they were doing and of course they had no idea what they were doing,” Keefe said.

Garrison asked if it was his position that she couldn’t ask about Jan. 23, 2017.

“It’s very difficult for me to get this through to you but you see, I don’t have to answer your questions, Suzanne,” Keefe said.

Garrison said she understood Vandervelden doesn’t have a tongue.

Vandervelden opened her mouth, and Keefe asked Garrison if she saw a tongue.

St. Louis University counsel Timothy Richards, representing a client with interests adverse to both Vandervelden and the U.S., suggested a compromise.

He said they should reconvene after Rosenstengel has resolved the dispute.

Keefe smashed the suggestion and lashed out at both Richards and Garrison.

“The only guy who is going to make a nickel on this entire transaction will be you because I assume the government doesn’t get a bonus for being difficult,” Keefe said.

Garrison said Vandervelden used a white board in the first deposition.

“It was also my intent as much as possible to frame questions in a manner which could be answered either with a yes or a no,” Garrison said.

“I believe that she can participate in a deposition verbally if everyone is patient. We were prepared to do that today.”

She wrote that Keefe impeded, frustrated and delayed a proper deposition and refused to participate in good faith efforts to resolve the dispute.

“Plaintiff chose to litigate the same transaction and occurrence in two different forums,” Garrison wrote. “That was her attorney’s choice.”

She wrote that the state deposition would not be admissible at trial.

“Difficulty communicating is not a basis for precluding a party from taking a deposition,” she wrote.

She wrote that it seemed reasonable for Vandervelden to write or type answers.

“Given that the case will proceed to trial, how plaintiff will provide her testimony is an issue that will need to be explored,” she wrote.

She sought $366 in reimbursement for the transcript of the first deposition.