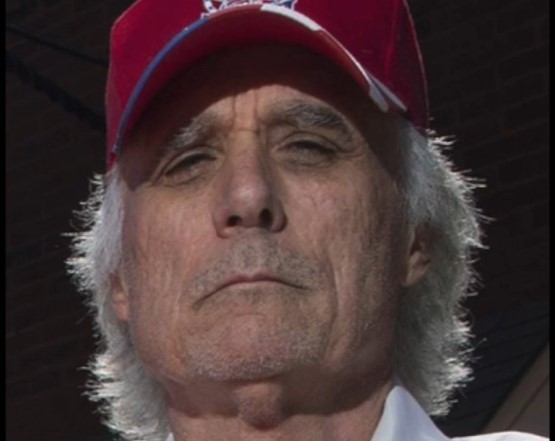 She issued a show cause order in her proceedings at the Federal Communications Commission on Jan. 24, with a Feb. 10 deadline.

“The time has come to question whether additional government time and resources should be devoted to this matter if the party seeking renewal of its licenses doesn’t deem it sufficiently important to vigorously advance its case,” Halprin wrote.

Watkins, who holds the licenses as trustee of Romanik’s Entertainment Media Trust, disobeyed her order to appear at a Dec. 5 conference.

She entered an order requiring a representative of the trust to enter an appearance by Dec. 20, and his response made matters worse.

She called it “one more example of Entertainment Media Trust’s failure to treat this proceeding with appropriate gravity.”

The FCC initiated proceedings on a complaint from St. Clair County board chairman Mark Kern.

The FCC ordered a hearing last June, and Halprin set it this July.

On Sept. 6, she extended time for Entertainment Media Trust to respond to discovery requests and interrogatories from the enforcement bureau.

Rather than respond, the trust filed a bankruptcy petition at federal court in East St. Louis on Sept. 11.

In Washington, the trust asked Halprin to stay the FCC’s proceedings.

Halprin briefly stayed her proceedings and postponed the hearing to October.

Samson advised Grandy that he found buyers for the licenses, and he sought an order to sell them.

On Nov. 13, he and the trust stipulated that the trust would dismiss the petition upon payment of all legal fees.

Halprin held a conference on Nov. 14, and the trust’s lawyers attended.

They withdrew as counsel on Nov. 19, and advised Halprin that they didn’t represent the trust at the Nov. 14 conference.

Halprin set a conference to clarify the trust’s representation on Dec. 5, and ordered Watkins to appear.

On that date, in Grandy’s court, Samson moved to stay Halprin’s proceedings.

He wrote that he learned he was subject to discovery requests and potential consequences for not complying.

On Dec. 10, Halprin gave Watkins 10 days to enter an appearance.

On Dec. 11, Grandy dismissed the bankruptcy petition and discharged Samson.

On Dec. 13, Samson moved to withdraw from Halprin’s proceedings.

Watkins filed an entry of appearance on Dec. 19, pro se.

The enforcement bureau opposed his entry on Dec. 26, claiming an individual can’t appear pro se on behalf of a corporate entity.

On Jan. 10, the FCC transferred the licenses back to the trust.

Halprin granted Samson’s withdrawal on Jan. 13, finding he was granted control of the licenses in good faith consistent with his duty to preserve assets.

She found Samson was no longer subject to discovery procedures applicable to a party but might be required to produce information consistent with procedures for obtaining documents from a non party.

“Petitioner Kern and other parties, if they so choose, may seek information or documents from him through those procedures,” she wrote.

Halprin rejected Watkins’s appearance notice on Jan. 24, finding it lacked the most basic indicia of authenticity.

She wrote that withdrawal of former counsel didn’t absolve the trust of its responsibility for familiarity with her previous orders.

She wrote that an order sent to his office at 100 West Main Street in Belleville was returned as unclaimed; that he was simultaneously served at 6500 West Main Street, the address of the trust; that the phone number on his notice was not in service and that he provided no electronic mail address.

“Turning to more substantive concerns about the Watkins submission, it is not appropriate for Mr. Watkins to appear pro se in this proceeding,” Halprin wrote.

She wrote that as a licensed attorney, he was not entitled to the deference normally afforded pro se litigants.

She wrote that a question existed as to whether he could represent the trust, because he was presumably a necessary witness.

“Entertainment Media Trust has been made aware of the repercussions of its behavior, but has taken no meaningful corrective action,” she wrote.

She wrote that she showed deference to the trust in discovery, and that her multiple concessions were intended to spur robust discovery.

“Due to Entertainment Media Trust’s continuous efforts at obfuscation, however, they have had the opposite effect,” she wrote.

She wrote that the trust’s former counsel alluded to the trust’s lack of cooperation with Samson’s efforts to respond to discovery and that she considered inviting the enforcement bureau and Kern to file motions to dismiss.

Subsequent events “weigh against even such an incremental additional expenditure,” she wrote.

Halprin ordered Watkins to address the totality of the proceeding and explain the failure to follow FCC rules and her orders.

She ordered him to provide an electronic mail address and a telephone number at which he could be directly contacted.

She wrote that Kern and the enforcement bureau could respond by Feb. 18.