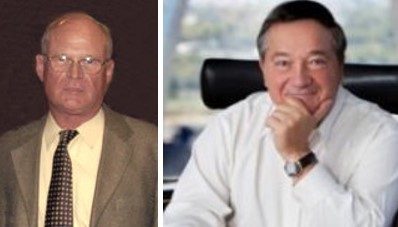 Clients of Sprague and Tillery blame Syngenta weed killer paraquat for the disease.

At their request in November, Hoerner sent the Central Authority in Dusseldorf a request for an examination of Donato Di Monte in Bonn.

He classified Di Monte as an adverse witness but assured the Germans that Di Monte would maintain the American privilege against self incrimination.

“The Fifth Amendment of the U.S. Constitution affords both criminal defendants and civil litigants a privilege against compelled testimony that may be later used against them in criminal proceedings, which is similar to the protections provided by German law,” Hoerner wrote.

He dared Di Monte to invoke it, however, warning that he might draw an adverse inference on liability and impute it to Syngenta.

His request identified Di Monte as basic research director at Parkinson’s Institute and group leader at the German Center for Neurodegenerative Diseases.

He wrote that Di Monte contracted with Syngenta as consultant in 2011.

“Mr. Di Monte has knowledge of adverse information regarding paraquat’s safety as well as the causal connection between exposure to paraquat products and the development of Parkinson’s disease,” Hoerner wrote.

“Mr. Di Monte’s testimony with respect to these matters is relevant to whether Syngenta failed to warn the public of the causal connection between paraquat and Parkinson’s disease.

“Mr. Di Monte’s testimony regarding the information Syngenta is relevant to establishing what Syngenta knew or should have known regarding the causal connection between exposure to paraquat products and the development of Parkinson’s disease.

“Mr. Di Monte’s testimony with respect to how some Syngenta studies were conducted is relevant to whether Syngenta was negligent in its testing of paraquat products.

“Mr. Di Monte’s testimony regarding these matters is relevant to whether Syngenta failed to adequately test the safety of paraquat products.”

He further wrote that counsel for plaintiffs intended to examine Di Monte about research and experiments, published or not, and that the examination would be taken before a U.S. embassy secretary, consul, vice consul, or consular agent, or before any officer authorized to administer oaths under the laws of the U.S. or Germany, or a person appointed by the court.

He wrote that it would be taken in accordance with Illinois rules on civil procedure except to the extent such procedure is incompatible with German law.

Hoerner requested that attorneys for the plaintiffs or other representatives nominated by plaintiffs conduct the examination.

As of Jan. 15, the case file showed no response from Germany.

Hoerner, a Democrat, lost to Republican David Overstreet, 59 to 41 percent.