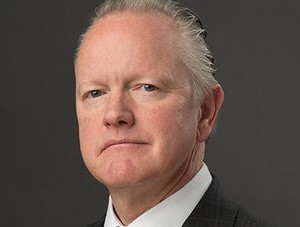 BENTON – Geico Casualty Company doesn’t believe a sworn statement of former lawyer Tom Lakin that he seeks no more than $74,000 in a suit over coverage.

On Jan. 9, the insurer claimed Lakin made “inherently contradictory assertions” in a motion to remand the suit from U.S. district court to Madison County.

Geico counsel John Gilligan of Chicago didn’t oppose the motion but asked Senior District Judge Phil Gilbert to cap the action at $74,000 before remanding it.

“Plaintiff’s promise to limit damages must be clear, unambiguous, and binding on the state court on remand and with no opportunity to raise, revisit, or increase the relief sought,” Gilligan wrote.

The suit, involving a traffic accident in 2016, started anonymously.

Lakin’s lawyer, Rodney Caffey of Godfrey, filed it on behalf of John Doe in Madison County circuit court in December.

The complaint, alleging breach of contract and vexatious conduct, referred to a $600,000 arbitration award but didn’t specify damages.

Geico removed the suit, claiming the parties resided in different states and the amount in controversy exceeded the federal minimum of $75,000.

Gilligan wrote that the underlying claim was $50,000, and that Doe sought further recovery up to $60,000 and attorney fees.

He identified the policyholder as Lowell T. Lakin.

Gilbert ordered Caffey to explain the need for anonymity, and advised him that he could respond by amending the complaint.

Caffey amended it on Jan. 2, posting Lakin’s name and changing the allegations.

He moved to remand the suit to Madison County on Jan. 3, and attached an affidavit in which Lakin expressly disclaimed damages exceeding $74,000.

“Defendant cannot show by a preponderance of the evidence that the amount in controversy exceeds $75,000,” Caffey wrote.

He wrote that the penalty for vexatious refusal is 60 percent of recovery, or $60,000, or the excess of a recovery over any settlement offer.

He wrote that damages were conceivably limited to the $60,000 penalty.

Gilligan wrote that the first count of the original complaint sought $50,000 for failure to pay the limit of underinsured motorist benefits and the second count sought statutory damages and fees in excess of $50,000.

“While defendant certainly has no objection to plaintiff voluntarily limiting the damages to ‘no more than $74,000’ for both counts I and II combined, there seems to be some inherently contradictory statements made by plaintiff in its motion to remand which must be resolved before this court can rule on the pending motions,” he wrote.

He wrote that the amended complaint continued to seek damages for breach of contract and statutory damages with fees.

He wrote that these ordinarily could exceed $75,000 if Lakin succeeded.

He wrote that the $60,000 penalty pertained only to the second count and that Lakin’s affidavit was silent on fees.

“Plaintiff received a $600,000 award at arbitration and sued arguably in Count I for the $50,000 award covered under the underinsured motorist coverage limits after credit,” he wrote.

He wrote that Geico paid the $50,000 benefits and Lakin cashed the check, but he denied that this meant Lakin sought only a $60,000 penalty.

“Defendant wishes only to make sure any court order entered on defendant’s petition for removal and plaintiff’s motion to remand plainly spells out the limitations on plaintiff’s sought damages moving forward,” Gilligan wrote.

He proposed that Lakin eliminate $50,000 through a binding stipulation to dismiss the first count with prejudice.

He asked Gilbert to “make this condition clear in any remand order to the state court so there is no confusion.”