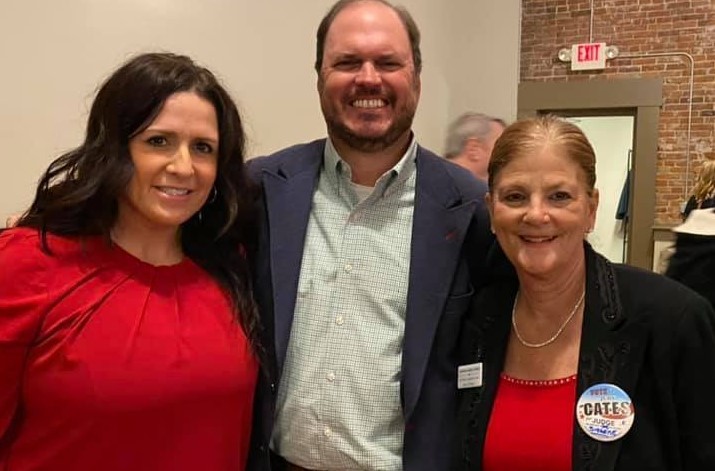 EDWARDSVILLE – Murder victim Randy Gori, who contributed almost $3 million to Illinois campaigns favoring Democratic politicians and causes, gave $44,950 to an elected official who is among those leading the murder investigation.

Gori Law partners also have contributed to Gibbons: Greg Sandifer has given $1,000, interim managing partner Sara Salger has given $250 and so has Jason Steinmeyer.

Former law partner and current Madison County Associate Judge Barry Julian has given Gibbons a total of $11,250 - most recently a $250 contribution in June 2019. Gibbons is running for circuit judge.

To local politicians, Randy Gori contributed to county coroner Steve Nonn in each of the last 10 years, for a total of $4,750.

Nonn and Lakin share responsibility for the investigation with Gibbons.

He gave $80,150 to the county’s Democratic central committee.

He devoted even greater resources to his party’s statewide efforts.

In all, according to the website of the Illinois State Board of Elections, Gori contributed $2,946,020.17 to campaign committees.

In 2008, Gori partnered with Julian, and eight years later the Edwardsville-based firm surged to become the nation’s number one filer of asbestos litigation. It has remained so since then.

In 2015, Julian retired from the firm and left for Florida, but returned in January 2019 to take a seat on the Madison County bench. His re-registration as a resident of Edwardsville was processed the same day he was appointed associate judge.

By the law firm’s 10-year anniversary in 2018, it had expanded to six offices in Illinois, one in Missouri and satellite offices in Los Angeles, New Orleans, Orlando, Washington, D.C. and New York City.

At that milestone, the firm employed nearly 200 - 45 attorneys and approximately 150 support staff members - and claimed to have recovered more than $3 billion in settlements for clients across the country.

Randy Gori planted the seed of his money tree in the year the firm was founded, by contributing $500 to Bill Mudge’s campaign in 2008 for state’s attorney.

He gave $21,100 each to the state party, Senate Victory, Democratic Majority, and state Sen. John Cullerton.

He gave $6,900 to Heinz Rudolf, whose time for election as a St. Clair County judge had not arrived.

He gave $10,800 each to the state party, Madigan, and Democratic Majority.

He dug deeply into his pockets for the 2016 campaign.

He wrote a $235,000 check to Fair Courts Now, in support of unsuccessful Fifth District Appellate Court candidates Jo Beth Weber of Mt. Vernon and Brad Bleyer of Marion. He directly supported Weber’s campaign with $22,654 and Bleyer’s campaign with $950.

Baricevic lost his race, and LeChien won his race but died less than a year later.

Gori then began taking more and more of his business to St. Clair County.

His interest in St. Clair County campaigns has grown accordingly.

He picked further winners by giving $1,000 to treasurer candidate Andrew Lopinot, $500 to board chairman Mark Kern, and $300 to sheriff Rick Watson.

He gave $10,000 to the successful campaign of attorney general Kwame Raoul, and $8,500 to the unsuccessful appellate court campaign of Kevin Hoerner.

He sharply reduced his contributions in 2019, giving nothing to the state party, Madigan, Democratic Majority, or Senate Victory.