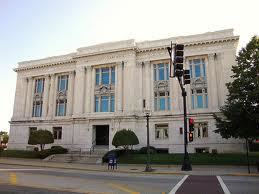 Madison County jurors awarded plaintiffs more than $250,000 in jury trials last year, which was up from 2018’s verdicts.

There were a total of eight civil jury trials. Half of those trial resulted in plaintiff verdicts with awards totaling $251,464.90. The highest verdict was an award for $159,464.90 in a breach of contract case.

There were four defense verdicts in favor of physicians, medical practices and motorists. In one medical malpractice case, jurors reached a defense verdict for the second time after the Fifth District Appellate Court ordered a new trial. The plaintiff in that case was denied a second request for a new trial in December.

In the first trial of 2019, jurors kicked off the year with a defense verdict in favor of St. Anthony’s Medical Center and a physician in a suit alleging a woman’s bladder was lacerated during surgery.

Jurors returned a defense verdict on Feb. 5 in Associate Judge Stephen Stobbs’ courtroom (11-L-403). Stobbs, who presides over the asbestos docket, was assigned to the case while former Circuit Judge Andreas Matoesian was out on leave. Matoesian retired July 1.

Plaintiffs Tonya and Steven Monroe were represented by Keith Short and Jack Daugherty of Short & Daugherty PC in Alton.

According to the amended complaint, Tonya Monroe alleged she was admitted to St. Anthony’s Health Center in Alton on May 1, 2009 due to pelvic pain. She alleged Cannon performed a diagnostic lacroscopy, lysis of adhesions and cauterization of endometriosis implants.

However, Monroe claimed she previously was diagnosed with ovarian syndrome in 2002, birthed a child via cesarean section in 2006 and had her gallbladder removed, causing her “to be vulnerable to substantially increased risk of surgical injury.”

Cannon allegedly ordered fluids to be infused in the plaintiff at 150 milliliters per hour. However, Monroe claimed the nurses at St. Anthony’s allegedly infused fluids at a rate of 300 milliliters per hour, causing her bladder to inflate to a capacity beyond that of a normal human bladder capacity. As a result, Monroe’s bladder allegedly leaked urine into her pelvic cavity, abdomen and body, causing infection, tissue damage, pain and disfigurement.

Monroe had to undergo additional surgeries to correct the damage.

Following the trial, the plaintiffs moved for a new trial on March 1, arguing that the verdict “was patently against the weight of the evidence” and that Stobbs “failed to adequately respond to a question raised by the jury during deliberations.”

Stobbs denied their request on June 10, finding that a new trial is not warranted.

The plaintiffs filed an appeal on June 27, which remains pending.

In the first plaintiff verdict of 2019, jurors awarded motorist Edward Palmisano $14,000 in a suit involving a Collinsville collision.

Palmisano was represented by Chet Kelly of Foley & Kelly LLC in Belleville.

Palmisano filed his one-count complaint June 19, 2017, alleging he was traveling eastbound on Beltline Road in Collinsville on Nov. 30, 2015. He claimed he was in the turn lane at the intersection of Keebler Road when Conrad allegedly caused a collision. The suit stated Conrad was exiting private property and making a left turn onto Beltline Road when she struck the front of Palmisano’s vehicle.

Conrad denied liability in her answer to the complaint.

On May 14, another motorist was awarded compensation following a rear-end collision in Collinsville.

Bartlett was represented by Allan Napp of Schrempf Kelly & Napp Ltd. in Alton.

Susan Bartlett, individually and as mother and next friend of Nathan Bartlett, a minor, filed the original complaint on June 6, 2017, against Earon. Bartlett individually filed a first amended complaint on March 1 against Kristin Lucash, as special representative of Earon. According to a suggestion of death filed Jan. 29, Earon died on Aug. 25, 2017, at age 87.

Nathan Bartlett was a passenger in the vehicle. According to a Jan. 29 motion to dismiss, his claims were settled and resolved.

Lucash denied liability in her answer, arguing that the plaintiff’s own negligence was the sole proximate cause of any alleged injuries.

On May 16, jurors awarded Six Mile Regional Library District more than $150,000 in a breach of contract suit over alleged defective elevators.

The trial was held in Circuit Judge Dennis Ruth’s courtroom, where Six Mile Regional Library District was awarded $159,464.90 for repair expenses and expenses from investigating the problems with the elevators at issue (16-L-1167).

Defendant Korte & Luitjohan was represented by HeplerBroom LLC in Edwardsville.

According to the complaint, the library district entered into a contractual agreement with the defendant on Sept. 30, 2013, for a construction project including two functioning elevators. However, since August 2014, the elevators have allegedly failed to function more than 30 times.

Following the trial, Korte & Luitjohan filed a motion for a new trial, arguing that the court directed the verdict in the plaintiff’s favor.

The plaintiff also filed a post-trial motion, requesting an award for nearly $45,000 in interest.

Ruth denied both motions, but awarded the plaintiff $2,400 in court costs.

On June 25, jurors reached a defense verdict for the second time in a medical malpractice suit alleging a woman died from a blood clot caused by a sprained ankle.

The defendants were represented at trial by Philip Willman and Justin Hardin of Brown & James in St. Louis and Don Weber of Craney Law Group LLC in Edwardsville.

Plaintiffs James Greco, as special administrator of his wife Tamara Greco, and as legal guardian and next friend of Taylor Greco, Heather McKaig and Nicholas McKaig were represented by David Horan and Gregory Fenlon of St. Louis. They had asked jurors to award the plaintiffs $1.4 million.

The case first went to trial in April 2013 with Matoesian presiding. The case ended in a defense verdict before a new trial was ordered by the Fifth District Appellate Court.

The plaintiff’s then filed a petition to substitute Matoesian.

“Throughout the pre-trial and trial proceedings, Judge Matoesian demonstrated a bias and partiality favorable to the defense, especially when the conversation included defense counsel Don Weber, a former Madison County Circuit Judge. A fair and scrupulous review of the court file and transcript evidences the inescapable conclusion of favoritism and bias.

“The Appellate Court opinion, remanding this case for a new trial because of the prejudicial rulings of the trial court, strongly suggests the lack of impartiality, favoritism, bias or interest upon Judge Matoesian,” the petition stated.

In a July 15 order, Matoesian recused himself. He wrote, “The undersigned disagrees with the motion to substitute judge and the allegations contained in the motion. However, in order to avoid delay the court recuses.”

Following the second defense verdict, the plaintiffs filed another motion for a new trial on July 24. They argued that the defense counsel “dove back into this poison well” after calling the decedent’s sister as a defense witness. She was allegedly prohibited from testifying about a possible blot clotting disorder the decedent may have had, which was brought up when she was asked about her reaction to learning of her sister’s death.

“It gave the appearance to the jury that plaintiffs’ counsel was hiding crucial information from the jury,” the motion stated.

Dugan denied the request on Dec. 19.

According to the complaint, Tamara, or “Tammy,” Greco, 36, sprained her ankle while bowling on April 29, 2004. She went to the emergency room that evening and was advised to elevate her leg, wear a brace, use crutches, apply an ice pack and see an orthopedic surgeon.

Tammy Greco visited Orthopedic & Sports Medicine Clinic PC in Alton the next day and was diagnosed with a sprained left ankle. She was placed in an Equalizer brace. She was instructed to return on May 14, 2004, for a follow up.

However, Tammy Greco was advised to come in on May 5, 2004, after she called complaining of a burning and numb feeling in her toes on her left foot. Vest allegedly performed a Homan’s sign test to determine if there was a presence of a deep vein thrombosis, or DVT, which was negative.

Vest reported that the tingling in her toes was thought to be related to additional soft tissue swelling due to her obesity and the brace being too tight. The brace was loosened and Tammy Greco was told to ambulate as much as tolerated on her left leg. Vest told her to return May 19, 2004 for a follow up.

However, Tammy Greco died two days later when she was found unresponsive while in her vehicle in her employer’s parking lot. She was transported to St. Anthony’s Health Center and died less than two hours later. According to her death certificate, she suffered from a bilateral pulmonary thromboemboli due to immobility of her left foot.

Jurors returned a verdict in favor of plaintiff Matthew Skibinski on Oct. 30 in Dugan’s courtroom (17-L-405).

Skibinski was represented by Ben Tobin and Patrick Sullivan of Pratt & Tobin PC in East Alton.

The complaint was originally filed on March 23, 2017 by Dominic Harris and Cindy-Stapleton-Harris against Garbe and Skibinski.

Harris claimed he was driving a vehicle westbound on Highway 270 in St. Louis County on Jan. 14, 2016 with Stapleton-Harris as a passenger. The previous plaintiffs were stopped due to traffic when they were allegedly rear ended by Skibinski, who was rear ended by Garbe.

The case filed by Harris and Stapleton-Harris was consolidated with a separate suit Skibinski filed against Garbe on July 21, 2017.

Harris and Stapleton-Harris filed a pass for settlement memorandum on Oct. 25 through attorney Gary Burger of Burger Law LLC in St. Louis after they settled all of their claims.

The claims Skibinski made against Garbe were all that remained.

According to a trial memorandum, Garbe had admitted that he was negligent by following the plaintiff’s vehicle too closely and that he was at fault for the collision. However, he denied that Skibinski was injured to the extent claimed.

On Nov. 1, jurors reached a defense verdict in favor of an Alton doctor and medical practice in a patient’s suit alleging she could only eat liquids and pureed foods following surgery.

Associate Judge Tom Chapman presided over the trial, where the jury returned a verdict in favor of defendants Alton MultiSpecialists Ltd. and Dr. Aayesha Khan (14-L-685).

Khan was represented by Brown & James PC in Belleville.

Alton MultiSpecialists was represented by Hinshaw & Culbertson LLP in Belleville.

According to the amended complaint, Rodgers alleged she underwent a tonsillectomy, septoplasty and inferior turbinate reduction at St. Anthony’s Health Center on Feb. 23, 2011. During the surgery, Rodgers alleged Khan permanently injured her glossopharyngeal nerves, causing nerve dysfunction. As a result, the plaintiff claimed she is only able to eat liquids and pureed foods, has had her speech altered and suffers from severe pain in her posterior tongue, among others.

The defendants denied liability and argued that the plaintiff failed to follow post-operative instructions.

The last verdict of the year came Nov. 14 when a jury returned a defense verdict in favor of a motorist accused of passing a tractor trailer on the right while the plaintiff attempted to make a right-hand turn.

Pillow filed his complaint on March 21, 2016, alleging he was driving a tractor trailer southbound on Highway 143 on April 23, 2014. Pillow claimed he signaled to make a right turn onto Koepfli Lane, but Goestenkors allegedly attempted to pass Pillow’s vehicle on the right side and caused a collision.

In his answer, Goestenkors denied liability and argued that Pillow failed to properly signal a turn, “moved his vehicle from a path on the roadway in an unsafe fashion creating the impression he was making a left turn,” and “moved his vehicle from one lane to another improperly without notice to other drivers when attempting a right turn,” among other allegations.