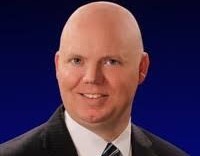 Their lawyer, James Craney of Edwardsville, filed a third party complaint for contribution against Granite City on Dec. 5.

“Granite City, through the mismanagement of its sewer system, has allowed impermissible crossover between its sewage and Metro East Sanitary District’s storm water system,” Craney wrote.

He wrote that commissioners called for tests and that results showed contamination of their system by sewage in the Granite City area.

“These problems are consistent with Granite City’s long, documented history of failures with its sewer system,” he wrote.

“These have included a history of waste water and sewage backing up into its citizens’ basements.”

Two couples and two individuals sued the sewer district on Nov. 12, claiming it failed to protect their properties in a downpour on Aug. 11.

Their lawyer, Randy Gori of Edwardsville, alleged damage in excess of $50,000 at each property.

He wrote that they failed to properly staff, schedule, and operate pump stations, and that plaintiffs didn’t contribute to the backups.

Neither did the commissioners, according to Craney’s third party complaint.

Craney wrote that the district doesn’t own or operate sanitary sewers in Granite City.

He wrote that in order to obtain a permit from the state, the city must prove it doesn’t discharge sanitary sewer materials into the district’s system.

He wrote that in addition to mismanagement of sewers, Granite City mismanaged runoff infrastructure.

“They have gone so far as to blacktop over storm water drains in several areas, nearly closing those drains off,” he wrote.

Craney attached a photograph of an example in the 2900 block of Saratoga, near one of the homes in the suit.

He wrote that backups have opened a nearby manhole cover and blown it off.

“To remedy this, local residents have resorted to self help, and have placed a brace over the top of the manhole,” he wrote.

According to the suit, MESD executive director Stephen Adler inspected the system on Aug. 11, and there were no blockages.

Craney wrote that the system had free capacity to handle additional water and that any blockages or other problems were within the city’s system.

He wrote that the city’s public works director recently left and the city didn’t fill the position, “further contributing to overall mismanagement.”

District commissioners issued a statement that the flood was an exceptional event and that adjoining channels weren’t clear.

They stated that Granite City’s system was overwhelmed by a locally accepted practice of discharging sump pumps into the sanitary sewer system, which violates state plumbing code and environmental regulations. And, it pumps water into adjacent homes, “now mixed with toxic sanitary effluent,” they stated.

“Please understand, we all feel bad when people’s lives are impacted by flooding,” stated MESD chairman Charles Brinza. “MESD was created to address levees on the Mississippi, but we feel MESD systems actually handled the rain event better than expected. Less than five years ago, Pontoon Beach and Mitchell were flooded by the same amount of rain over a longer time span. Mitchell and Pontoon Beach residents were unable to flush their toilets for a week in April 2017.”

In the release, Adler stated that the MESD pumped most of the summer to control the lake levels.

Want to get notified whenever we write about Metro East Sanitary District ?

Sign-up Next time we write about Metro East Sanitary District, we'll email you a link to the story. You may edit your settings or unsubscribe at any time.