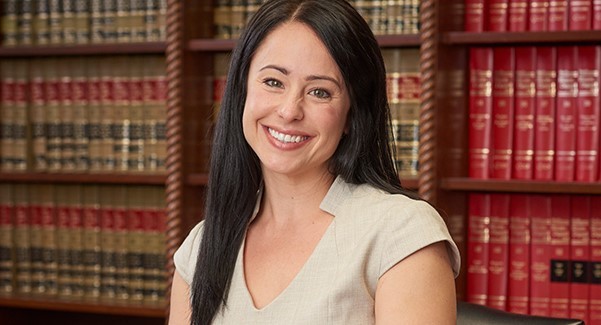 (Editor's note: The story has been corrected to reflect that the jury award was against the HSHS Medical Group and not against St. Elizabeth's Hospital. The Record regrets the reporting error).

BELLEVILLE – Jurors awarded $12,050,000 to a husband and wife after seven days of trial on a suit against St. Elizabeth’s Hospital's and its medical group.

Jurors rendered a verdict for Ali Almefleh and Nadiah Sabrah on Nov. 26.

Almefleh and Sabrah dismissed two doctors and a physician’s assistant from the suit as trial began, and the hospital was not found negligent upon its conclusion.

Attorney Samantha Unsell of Tom Keefe’s firm in Swansea filed the suit in 2016, alleging negligence in the emergency department.

The lawsuit alleged defendants failed to diagnose a spine condition, obtain a neurology consultation, or transfer him It further alleged they failed to order magnetic resonance imaging, or MRI.

The hospital moved to continue it in September, after learning in a deposition that Almefleh planned to undergo back surgery.

Hospital counsel Chi-Yong Throckmartin of Michael Nester’s firm in Belleville argued that the surgery directly related to the subject of the complaint.

“It would be prejudicial to defendants if the case proceeds to trial on Nov. 18, because the results of the lumbar surgery and its bearing on the issues in this case would be unknown,” Throckmartin wrote.

She requested a date that would allow a determination of the outcome.

Other defendants joined the motion.

Unsell responded that defendants wanted to see whether surgery would benefit them by changing the damage calculus.

“Defendants are not entitled to delay plaintiffs’ day in court until a time they can quantify the benefit of surgeries plaintiff might require,” Unsell wrote.

Rudolf held a hearing and denied a delay.

On Nov. 19, the second day of trial, Almefleh and Sabrah voluntarily dismissed Armstrong, Holland, and Naseer.

On Nov. 21, Unsell put Holland on the stand over the hospital’s objection.

Holland had supervised Armstrong on the first date when Almefleh arrived at the hospital, and she had seen him on a second visit three days later.

Throckmartin moved to strike the testimony.

Throckmartin argued that it would permit the jury “to infer negligence on the part of St. Elizabeth’s Hospital based on inferences gleaned from Dr. Holland’s testimony absent any evidence concerning the applicable standard of care.”

In the motion to strike, Throckmartin wrote that Holland testified about a purported requirement for emergency department providers to obtain a radiologist’s approval for an MRI.

She wrote that plaintiffs failed to establish the standard of care or that any of the subjects of the testimony was a breach of the standard.

Throckmartin moved for a directed verdict on Nov. 25, and Rudolf denied it.

In the end, jurors only held the HSHS Medical Group liable for the verdict. They awarded Almefleh $3.5 million for care and treatment, $3 million for loss of normal life, $3 million for pain and suffering, $1 million for emotional distress, and $800,000 for lost time, earnings, and benefits, for a total of $11.3 million.

Keefe worked the case with Unsell, and Nester worked it with Throckmartin.

Jeffery Glass and Madelyn Lamb, both of Hinshaw and Culbertson in Belleville, represented Armstrong.

Kenneth Burke of Brown and James in Belleville represented Naseer.

Stephen Kaufmann of HeplerBroom in Springfield represented the medical group in association with David Hall, Ben Patterson, and Krista Luzio, all of Chicago.