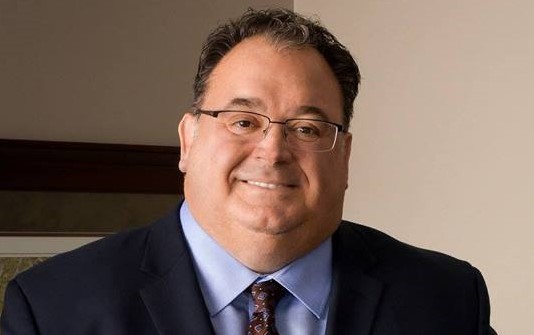 They found he mistook a trade name of a nursing home network for an entity capable of breaking the state’s biometric privacy law.

They ruled that plaintiff Saroya Roberson could lead a class action only against network member Sycamore Village in Swansea, where she used to work, and estimated her class at 500 current and former employees.

If that number represents an average for the network, Hoerner’s order would have covered 10,500 persons.

They also sued Symphony Sycamore, owner of the Swansea location, as well as three other Symphony entities and up to 100 John Does.

Defendants were referred to simply as Symphony, claiming they all carried on “integrated interlocking business activities.”

They wrote that discovery would reveal many further relevant Illinois locations, and filed a class certification motion on a single page.

Former circuit judge Vincent Lopinot presided until last October, when he realized at a hearing that a family member lived under the defendant’s roof.

Defendants moved for substitution on Jan. 2, and Gleeson assigned Hoerner.

On March 12, he certified a primary class for all network locations and a subclass for Sycamore Village.

He wrote that it applies to any private entity that constitutes an offending party.

“To the extent defendants’ argument asks this court to first construe those terms, and then to apply them to the facts of this case, the court must decline,” Hoerner wrote.

He found it wasn’t in the province of the court to decide these issues on a motion to certify a class and he wouldn’t render an advisory opinion.

He wrote that issues like this weigh in favor of class certification.

He wrote that Roberson pleaded a variety of theories assessing mutual liability, and any assertion as to who did or did not operate any given network location begged the question the lawsuit would answer.

“There are several problems with the scope of this class,” Moore wrote.

He found that Sycamore Village was the only nursing home owned and operated by a defendant and that its owner doesn’t own any other locations.

“While investigations conducted by the plaintiff reveals that there may be some relationship between the various entities that own the other locations, those entities are not named defendants in this lawsuit,” Moore wrote.

“It is unclear from this record what the common questions are as to class members employed by entities who are not named in this lawsuit.”

He wrote that Roberson could amend her complaint based on further discovery as to relationships between locations and entities.

“However, we will not speculate as to what circumstances may justify such an amendment,” he wrote.

Moore left a door open to defendants too, responding to their plea that Roberson’s theory would result in damages too high for an efficient class action.

“We agree with the plaintiff that if this scenario emerges, the circuit court might consider a motion to decertify the class,” Moore wrote.

Joseph Donado and Richard McArdle, both of Seyfarth Shaw in Chicago, represent Symphony in association with Brian Kalb of Edwardsville.

Want to get notified whenever we write about Sycamore Village LLC ?

Sign-up Next time we write about Sycamore Village LLC, we'll email you a link to the story. You may edit your settings or unsubscribe at any time.