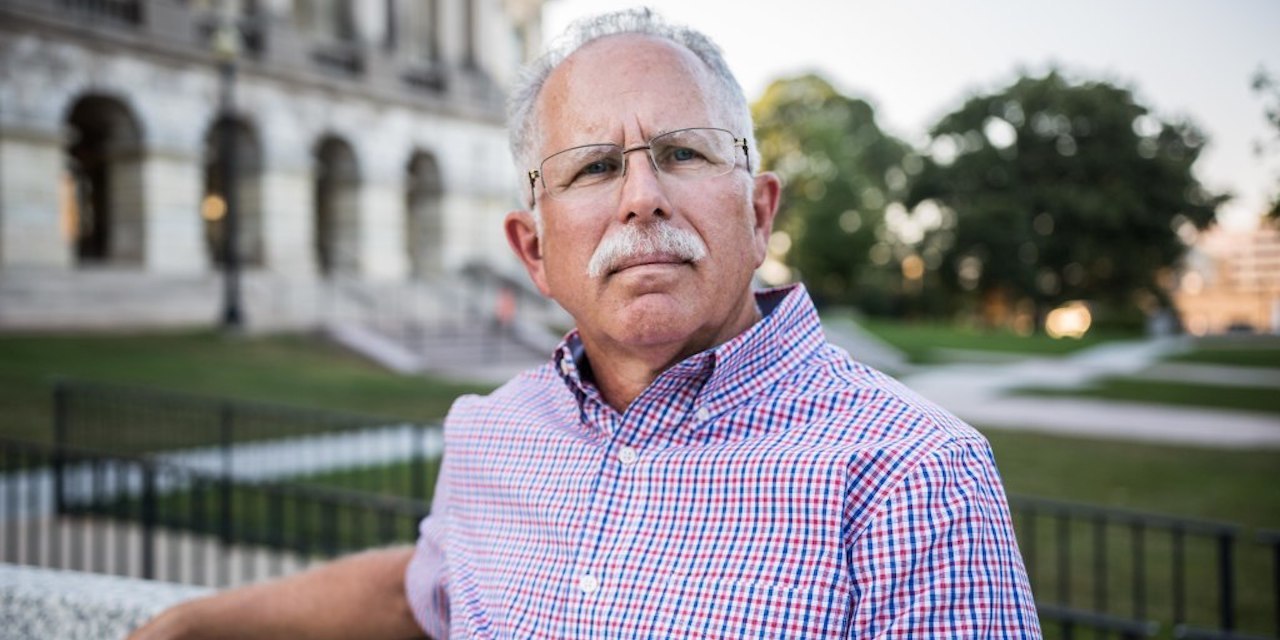 Janus seeks a ruling from the whole 12-member court on whether AFSCME union officials are required to return thousands of dollars in dues that they seized from his paycheck in violation of his First Amendment rights, following a Nov. 5, three-judge panel ruling of the Seventh Circuit, which denied refund.

A former Illinois child support specialist who was never a member of AFSCME, Janus won a landmark decision at the U.S. Supreme Court last June with free legal aid from the Liberty Justice Center and National Right to Work Legal Defense Foundation. That ruling recognized that requiring public employees to fund union activities violates the First Amendment, and further found that the government should not collect such fees absent an employee’s “affirmative and knowing” consent.

Justice Samuel Alito wrote for the majority that compulsory fees “[violate] the free speech rights of nonmembers by compelling them to subsidize private speech on matters of substantial public concern.”

Janus’ case continues as he seeks the return of fees that AFSCME union bosses seized from his paycheck without his consent since March 23, 2013.

The Nov. 5 ruling in favor of AFSCME union officials is despite the Supreme Court never suggesting that Janus only requires prospective relief for affected workers. In fact, the High Court noted in Janus that union officials have been “on notice” for years that mandatory fees likely would not comply with the High Court’s heightened level of First Amendment scrutiny articulated in the 2012 Knox v. SEIU Supreme Court decision, won by National Right to Work Foundation staff attorneys.

If the petition is granted, Janus’ case will be heard before 12 judges of the Seventh Circuit Court of Appeals. A favorable ruling in the case could have a massive impact, setting a federal precedent that would be cited in dozens of other cases seeking refunds of dues taken unlawfully by public sector union bosses. National Right to Work Foundation staff attorneys are currently litigating more than 30 Janus-related cases that collectively seek over $120 million in refunds, including several cases filed jointly with attorneys for the Liberty Justice Center.

“Mark Janus is simply asking the Seventh Circuit to remedy the years of unconstitutional conduct AFSCME bosses have perpetrated at his and other public sector workers’ expense,” stated National Right to Work President Mark Mix inn a press release announcing the petition. “Union bosses’ arguments do not change the fact that unions around the country are still flush with dues money that was seized in violation of public employees’ First Amendment rights.”

“Mark Janus and other government employees like him were deprived of millions of dollars while the unions took their money,” said Patrick Hughes, president and co-founder of the Liberty Justice Center. “It is critical for the entire Seventh Circuit to consider how Mark is finally made whole after AFSCME illegally took money from him and violated his constitutional rights for years.”

“The Supreme Court agrees with me – the union was wrong to take money out of my paycheck without my permission,” said Mark Janus, plaintiff in Janus v. AFSCME. “The union knew what it was doing was wrong. The union shouldn’t get to profit from behavior that the Court recognized as unconstitutional.”

Want to get notified whenever we write about AFSCME ?

Sign-up Next time we write about AFSCME, we'll email you a link to the story. You may edit your settings or unsubscribe at any time.