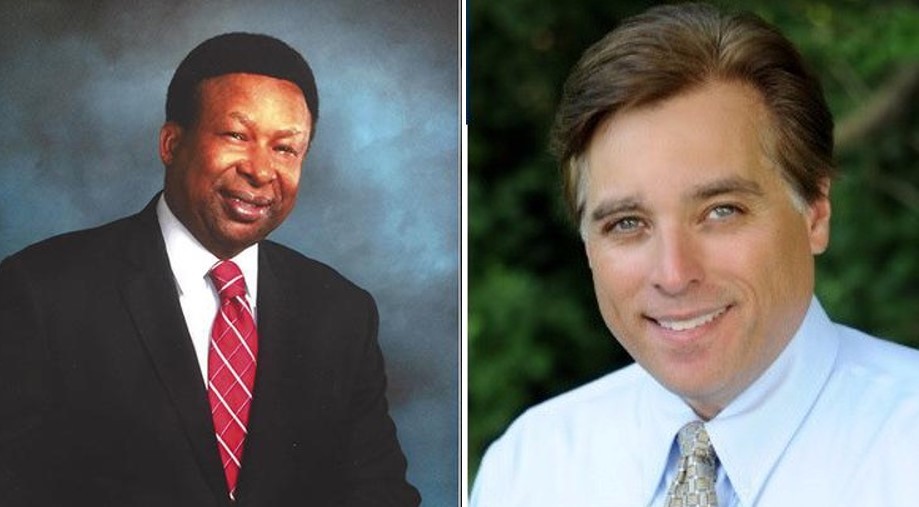 She rejected the city’s argument that she should abstain while Madison County circuit judge David Dugan presides over a dispute about the building permit.

“While the factual allegations in the two cases overlap, the state court litigation will not dispose of the federal claims in this case,” Rosenstengel wrote.

Sunnybrook claims the actions of Walker and the city added $500,000 in costs and caused a loss of a similar amount in support.

As tax credit apartments, they would be available for sale in 15 years.

Walker and the city endorsed Sunnybrook at first and signed a memorandum of understanding that confirmed tax credit financing.

In May 2018, the Illinois Housing Development Authority approved tax credits.

After a meeting with city officials, Sunnybrook agreed to spend $500,000 on smaller buildings, bigger yards, more parking, and wider sidewalks.

Walker supported the plan briefly but withdrew support again and notified the state housing authority that he did so.

He opposed a $500,000 grant for Sunnybrook at a meeting of the Madison County grants committee, and the committee awarded no funds.

Sunnybrook submitted an initial application for a building permit in July 2018, and the city denied it in August.

The federal suit filed in December claims the city and Walker knew racial minorities had a disproportionate need for affordable housing.

It claims that along with adding $500,000 in costs and losing a $500,000 grant, their actions might cause Sunnybrook to lose its tax credits.

It seeks relief under fair housing law, civil rights law, and the equal protection clause of the U.S. Constitution.

Walker and the city filed a motion to dismiss the complaint in February, claiming Rosenstengel should abstain because it duplicated the Madison County action.

They also challenged Sunnybrook’s standing, arguing that it didn’t apply for the permit and it didn’t even exist when the dispute started.

They separately moved to stay the action, and Rosenstengel stayed it in April.

In June, in Madison County, Dugan ordered the city to issue a permit.

The city moved to stay the action in Dugan’s court, and he denied it in August.

The city appealed that, and the Fifth District stayed Dugan’s proceedings.

“The Supreme Court has held that real estate developers like Sunnybrook who have contracted to purchase land have a stake in the outcome of the controversy such that they meet the requirements for constitutional standing,” Rosesenstengel wrote.

She quoted a 1977 decision finding the specificity of a developer’s plan trumped the speculative nature of the inquiry.

In that case, she wrote, the Court found the developer’s interest in making suitable low cost housing available was sufficient in itself to demonstrate standing.

She wrote that Sunnybrook alleged it added modifications and lost funding.

She wrote that it alleged delays might cause it to lose more funding.

“If the Sunnybrook development is not approved, Sunnybrook’s planning expenses will be lost,” she wrote.

Rosenstengel found sufficient injury to satisfy the requirement for standing.

“Moreover, the injury is traceable to defendants’ alleged conduct and is likely to be redressed by a favorable decision in the form of monetary damages,” she wrote.

“These issues are not contingent future events, but rather are ripe for judicial determination.”

Rosenstengel found that Morrissey Construction obtained the necessary permits, that Keller Construction currently owns the land but Sunnybrook would own and manage the apartments and that Laborers Home Development Corporation would be operational partner.

She wrote that in reply to Sunnybrook’s charges, Walker and the city averred that Sunnybrook lied to the court and played a shell game.

She wrote that Sunnybrook was formed on May 30, 2018, and defendants argued that it couldn’t have conducted activities when it didn’t exist.

“Sunnybrook can certainly maintain an action for any conduct that occurred after its legal formation,” Rosenstengel wrote.

She quoted a rule against dismissing an action for failure to prosecute in the name of the real party in interest without allowing time for that party to join.

The rule provides that, “After ratification, joinder, or substitution, the action proceeds as if it had been originally commenced by the real party in interest.”

She found abstention wasn’t appropriate because the suit in her court and the one in Madison County weren’t parallel.

“Even if the state court were to grant all relief sought by Sunnybrook, its claim that defendants violated its civil and statutory rights, causing a lengthy delay in the project, a loss of $500,000 in funding, and an additional $500,000 in costs would still remain unresolved here,” she wrote.

She ordered Sunnybrook and Walker to submit a scheduling and discovery order by Nov. 26.

Basketball fans around the world recognize Hightower from many seasons as a referee in championship contests.

In 2015, he retired as Edwardsville school superintendent.

He’s chairman of the SIU board, and Hightower is vice chairman.

Want to get notified whenever we write about City of Alton ?

Sign-up Next time we write about City of Alton, we'll email you a link to the story. You may edit your settings or unsubscribe at any time.