Bristow bill would give student rep at Lewis & Clark real vote on board of trustees; 'Outrageous interference,' says conservative trustee 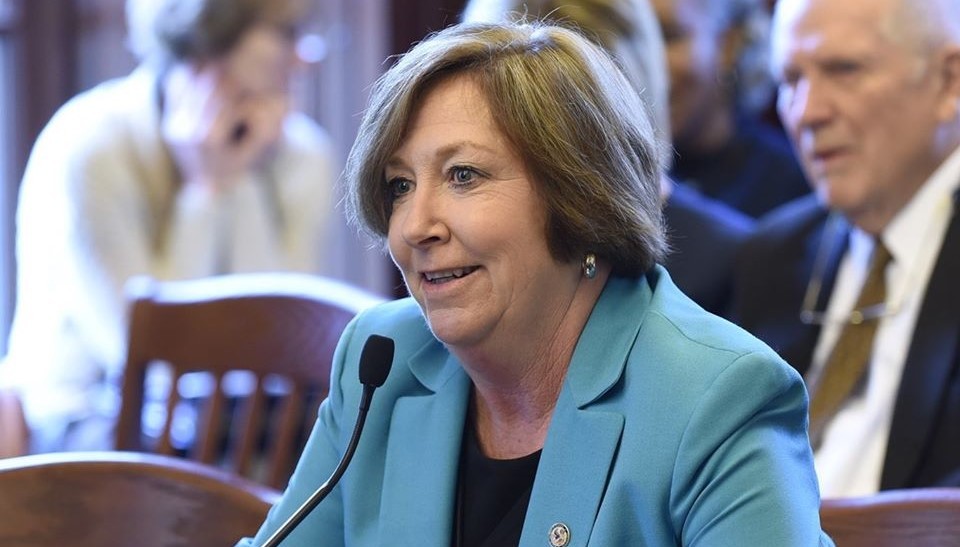 A bill filed by a state lawmaker from Alton would automatically give an official vote to the student representative who serves on the board of trustees at Lewis & Clark Community College, which recently decided to end the contract of its controversial president.

State Rep. Monica Bristow filed House Bill 3944 on Oct. 29, about three weeks after the Lewis & Clark board voted against renewing the contract of President Dale Chapman.

Chapman’s annual salary was $337,000, and he had expense accounts that allowed him to spend up to $36,000 per month. Some members of the college board, which recently came under control of a conservative majority, considered his pay excessive.

The bill filed by Bristow, a Democrat, also would give the boards at other community colleges the option of letting their student trustee be a voting member of the board. The bill states that the student trustee at Lewis & Clark would automatically be a voting trustee.

The legislation would give the student trustees who have voting power “the right to make and second motions and to attend executive sessions and the right to vote on all board matters except those involving faculty tenure, faculty promotion, or any issue on which the student member has a direct conflict of interest.”

The bill specifically states that a student trustee with voting power can cast a vote “on any item involving the employment or compensation of the president of the community college or the election of officers.”

Under current law, student trustees serve as honorary members of the boards of trustees at community colleges. Their votes don't officially count.

Julie Johnson, one of the conservative members of the Lewis & Clark board, called the legislation “outrageous interference in local control of our community’s college.”

Johnson added that it’s “truly disturbing that a local legislator who is out of touch with the issues would use her power to upset the elected balance of a local community college board. I think she has bigger fish to fry in a state with as many challenges as those facing Illinois. I would respectfully ask her do her job and allow us to do ours.”

Johnson gave testimony in opposition to the bill when it was considered Tuesday by the Illinois House’s Higher Education Committee. The committee voted 11-8 to move the bill to the full House. Metro-east lawmakers on the committee who voted in favor included Bristow and Katie Stuart, an Edwardsville Democrat. Rep. Terri Bryant, R-Murphysboro, voted in opposition.

The House concluded its fall veto session on Thursday without taking further action on the bill. The General Assembly’s next session begins in January.

Another college board member, Chuck Hanfelder, said the timing of the legislation “stinks to high heaven.”

Hanfelder said the board of trustees was elected to deal with challenging issues.

“These issues include debt of over $100 million, enrollment that is declining faster than similar-sized community colleges, and exorbitant salaries and benefit packages paid to Mr. Chapman and his wife, among others. But for some reason, this is the issue Monica Bristow believes needs to be addressed during the short fall veto session,” Hanfelder said.

Bristow on Thursday did not immediately reply to a call and an email seeking comment.

Want to get notified whenever we write about Lewis and Clark Community College ?

Sign-up Next time we write about Lewis and Clark Community College, we'll email you a link to the story. You may edit your settings or unsubscribe at any time.