Chrysler wants judge to decertify $10 billion uConnect class; Says no one has been hacked 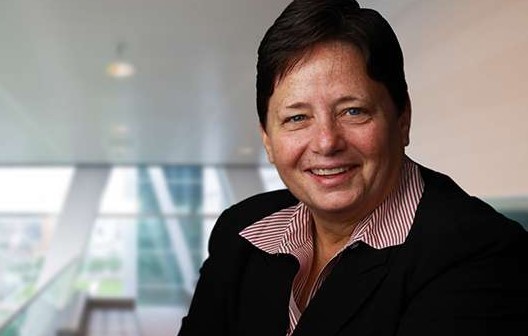 Chrysler moved for decertification, summary judgment, and an order dismissing the action on Nov. 11.

His expert calculates damages at $8,701 per vehicle for 1.2 million vehicles.

According to Chrysler counsel Kathy Wisniewski, “No named plaintiff or member of the certified classes has had his or her vehicle hacked.”

In her motion to decertify the classes, she wrote that Illinois law requires privity for an implied warranty claim.

She wrote that Reagan contemplated that plaintiffs would prove privity by presenting evidence of agency relationship between Chrysler and dealers, and that the answer to the privity question could not be common because there are 126 Chrysler dealerships in Illinois.

She also wrote that determination of privity would require assessments of each sales transaction or of relationships between Chrysler and each dealer.

To stress the point she attached a declaration of Robert Federico, president of Federico Chrysler Dodge-Jeep in Wood River.

Flynn, who bought his Jeep from Federico, served a subpoena on the dealership for records a year ago.

Federico moved to quash the subpoena and Flynn agreed to hold it in abeyance.

Federico wrote in his declaration that, “I am free to operate this business as I see fit using my own business judgment.”

He further wrote that his relationship with Chrysler is governed by an agreement with terms and conditions stating that neither is an agent of the other; that no one at Federico has ever or would ever represent to the public that they have authority to act on behalf of Chrysler; that Federico sets its hours, hires and retains employees as it chooses, trains and pays staff, controls employee behavior and attire, sets terms and conditions for sales, and determines the size and makeup of its inventory; that prices at Federico might be materially different from other dealers and that under their agreement, Federico performs Chrysler warranty repairs as an independent contractor.

“Federico CDJ is its own business and I do not allow Chrysler to control its operations,” he wrote.

Federico competes with other dealers and, “I operate my business in the way that I believe allows it to be in the best position to compete with those other dealerships,” he wrote.

She wrote that Flynn isn’t a typical representative for tens of thousands of Illinois class members who didn’t buy their vehicles from a Chrysler dealer.

She wrote that the Illinois class is made up of new and used vehicle purchasers.

“The standard of merchantability applying to these two different types of purchasers is not the same,” she wrote.

She wrote that the issue of damages is not common to the Illinois class because the class includes purchasers and lessees. And, most Missouri class members have no claim under Magnuson-Moss because the law is limited to transactions for personal or household purposes.

She wrote that about 63 percent of Missouri class members are businesses.

In Michigan, she wrote, a jury could find that Keith had no damages at all since he got full use of his vehicles.

In her summary judgment motion, she wrote that Reagan found that a vehicle dealership might be an agent of a manufacturer.

“But the evidence deduced during merits discovery makes it beyond clear that there was no agency relationship between Chrysler and its authorized dealerships or any vehicle seller, and thus privity is lacking for Flynn and all Illinois class members,” she wrote.

She wrote that a lack of evidence for agency relationship is clearer for those who purchased from private parties, foreign dealers, or a corner used car lot.

The Browns, she wrote, bargained for uConnect and paid for it.

In her motion to dismiss, she further argued that the court lacks jurisdiction.

“It is admitted that only one hack of the 1.2 million vehicles with these purported flaws has occurred, and this one incident was when two highly trained researchers hacked a vehicle in a controlled setting,” she wrote.

“Indeed, neither plaintiffs nor their hacking expert knows of any other hack ever occurring in the subject vehicles.”

She wrote that their theory doesn’t contemplate that uConnect malfunctioned or failed to perform, but only that there was a safer design.

“But a theory based on the notion that a product could be safer is one that arises out of the law of strict liability, not consumer fraud and warranty,” she wrote.

She wrote that courts have concluded that such claims do not give rise to an injury in fact supporting the exercise of federal jurisdiction.

She wrote that UConnect provided every benefit the consumers sought, expected, and paid for with no malfunction over occurring.

Her fourth motion of the day sought to sanction Keith for disposing of his vehicles by declaring him inadequate as representative of the Michigan class.

“Keith cannot earnestly deny that he had a duty to preserve all relevant evidence in his possession or control,” she wrote.

She wrote that he withheld information for more than two years and made sure that if Chrysler located the vehicles they wouldn’t be in the same condition.

She wrote that his actions demonstrated bad faith and willful conduct.