How to plug big-time shortfalls in police and fire pension funds? Some cities are selling sewer systems for big bucks 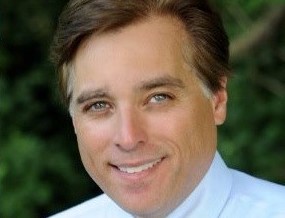 Alton Mayor Brant Walker. The city sold its sewer system for $53.8 million, which was used to reduce pension liability for police and firefighters.

In 2018, Alton’s pension funds for firefighters and police officers had about $117 million in unfunded liabilities -- the retirement money that will have to be paid to retirees.

But in June, the city cut that shortfall nearly in half. How? They sold the city’s sewer system to a company, Illinois American Water, for $53.8 million.

And now Granite City, which has $83 million in unfunded liabilities in its police and firefighter pension funds, is looking to sell part of its wastewater system.

But Kent Redfield, an expert in Illinois politics and government, warned that selling off city assets could be a bad move, particularly if the sale provides only a quick, bandage repair to a long-term pension problem. He said once a city sells its sewer system, there’s little chance the city will ever own it again.

“You can only sell your car once to make your house payment,” Redfield said. “Is it a long-term fix, or is it a temporary Band-Aid that kicks the can down the road?”

Granite City Alderman Gerald Williams, chairman of the City Council’s Wastewater Treatment Committee, said firefighters already have asked that a portion of any sale proceeds go toward their retirement fund. Williams said he didn’t know if police had made the same request, but he’s guessing they did.

“They probably have,” Williams said. “When money comes available, everybody wants it.”

According to the latest state report, the police and firefighter pension funds for downstate and suburban communities, combined, have unfunded liabilities of about $12 billion. That means many communities are looking for ways to shore up those funds. And police officers and firefighters are worried about their retirement checks.

State lawmakers have proposed combining the individual communities’ pension funds into one statewide fund for firefighter pensions, and another statewide fund for police pensions. Gov. J.B. Pritzker is pushing for the consolidation. A task force he assembled has issued a report saying the combined funds could generate about $1 million more per day in investment returns, compared to what the individual funds earn.

Previous attempts at combining the funds, however, have been met with resistance by some police and fire unions that don’t want to give up local control of their funds.

Williams said Granite City leaders haven’t made any decisions on how to use the proceeds from a sale.

“That’s still up in the air. You don’t really know until you get your final settlement, the final sale price,” Williams said.

Granite City Mayor Ed Hagnauer served as a city firefighter for 30 years and served 12 years as the president of the firefighter union. He and city Comptroller Scott Oney said the city still is in negotiations with Illinois American, so any decision on how to use the sale proceeds is still far away. But using some proceeds for the pension funds is a possibility.

“Oh yeah, everything has crossed our minds,” Oney said.

The Granite City proposal calls for the sale of its sewer lines and lift station, and the price would be at least $18 million. The city would keep its treatment plant. So, a new owner would essentially control the system of moving wastewater from homes to the city’s treatment plant. Oney said it’s not yet been decided whether customers would get two sewer bills -- one from the city and one from the owner of the delivery system -- or whether the bills would somehow be consolidated, as a convenience for customers.

Oney said the city’s 100-year-old wastewater system needs frequent repairs. One major benefit for the city and customers, he said, is that the proposal calls for Illinois American to make $29 million in repairs to the system within five years.

Godfrey Mayor Michael McCormick said his city would have had to increase sewer rates by $55 per month in order to make improvements that have been mandated by the federal Environmental Protection Agency. He said the city conducted a study which found that under Illinois American ownership, 56 percent of customers would see a rate decrease, while the rest would see a small increase, but much less than $55 per month.

McCormick said he thinks Illinois American has more expertise and efficiency, and is able to keep its operating costs lower than those of individual cities.

Of the $13.5 million in proceeds from Godfrey’s sale, $5 million is going into a fund that will be used to help customers pay their sewer bills, if their rates increase. The rest has been put into a fund that can only be spent if a supermajority of the Village Board approves.

Godfrey has about $4.1 million in unfunded liabilities in its firefighter pension fund. The village has no police pension fund, because the village is patrolled by county deputies, through a contract.

McCormick said no decisions have been made on how to use the roughly $8.5 million in the special fund. “I don’t see us touching that money unless it’s an emergency,” he said.

In Alton, the City Council in June voted to put the entire $53.8 million from its sale toward the police and firefighter pensions.

Redfield, an emeritus professor of political science at the University of Illinois at Springfield, said he wouldn’t be surprised if more municipalities look into selling their utilities in order to patch up their pension funds.

“In fact, this company may in fact be pushing this,” Redfield said. “Obviously it makes sense for them to acquire these assets. They may be aggressively pushing this, hoping to get the assets at a discounted price -- to get a good deal -- because the city’s already under a lot of fiscal pressure.”

Karen Cotton, a spokeswoman for Illinois American, said the company is indeed looking to make wastewater deals with other communities, and that pension funding in fact may be a motivating factor for cities that want to sell.

“Many communities are looking for new and innovative ways to deal with challenges they’re facing while controlling expenses,” Cotton said. “We have found city leaders making the decision to sell their water or wastewater systems take the consideration very seriously. We value the trust they’ve placed in us to serve their residents in this new capacity.”

Redfield said customers, in the end, are likely to pay more.

“The utility is in the business of making money, and you assume the rates are going to go up,” he said.

“While municipalities are able to increase water and sanitary sewer rates without regulatory oversight and approval, investor-owned utilities like Illinois American Water must go through an 11-month review process with the ICC to change base rates,” she said. “This process includes thousands of pages of evidence, testimony and public input. The transparent and comprehensive process used is a protection for customers.”

Cotton said she expects the Granite City negotiations to be wrapped up soon.

“We are excited about the opportunity to provide wastewater service to our valued customers in Granite City. Since 1885, Illinois American Water has delivered safe, reliable drinking water to Granite City,” she said. “We enjoy being a part of the community. Our team works closely with Granite City staff and leadership on water issues and community needs. Illinois American Water is well-positioned to provide quality, reliable wastewater service to residents and businesses.

Want to get notified whenever we write about Illinois American Water ?

Sign-up Next time we write about Illinois American Water, we'll email you a link to the story. You may edit your settings or unsubscribe at any time.