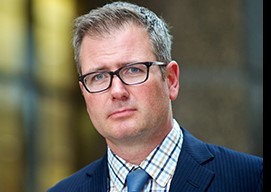 BELLEVILLE -  In a twist to the majority of legal actions claiming that a weed killer caused cancer in users, a local hardware store has been named as a defendant in a suit against multinational conglomerate Bayer.

The Ace Hardware franchise, on West Main Street in Belleville, is accused of negligence, fraud, and breach of warranty for selling the Roundup product to a 35-year-old St. Clair County resident.

In his suit, filed Oct. 31 in St. Clair County Circuit Court, Kyle Koelker names as defendants the Monsanto Company, which was taken over by Bayer last year in a $63 billion dollar deal. Oak Brook, Illinois-headquartered Ace Hardware, and the owners of Ace Hardware of West Belleville.

Close to 19,000 suits have been filed in the U.S. claiming a Roundup ingredient, glyphosate, is directly linked to long term users contracting cancer, most often Non-Hodgkin Lymphoma (NHL). Bayer has repeatedly and strongly denied there is any proof of a link.

Three juries in California have found against Bayer, delivering verdicts that the glyphosate-containing product did cause cancer, and that Monsanto failed to warn users.

One jury awarded more than $2 billion, later cut to $87 million. A first trial in St. Louis City that was set to begin in October, was continued just ahead of its start.

Ace Hardware did not respond to a request for comment from the Record, while one of the plaintiff's attorneys, John J. Driscoll of the Driscoll Law Firm in St. Louis, did not immediately return a message from the publication.

"Most cases are against Monsanto only. The limited exceptions have been cases where plaintiffs’ counsel name a local distributor or dealer in addition to Monsanto to try to secure a venue they believe to be more favorable to plaintiffs," Daniel Childs, a Bayer spokesman, told the Record. But thus far the inclusion of a dealer or distributor has been solely for venue purposes and plaintiffs have not actively pursued claims against those defendants.

In the 81-page suit, Koelker, through his attorneys, claims Bayer, Ace Hardware, which operates stores directly and manages franchises, and the local store, owned by Hometown Hardware of Belleville, were guilty of product liability for failing to warn, negligence, common law fraud, and breach of express warranty.

Specifically, the hardware company and store "marketed, sold, distributed and otherwise placed Roundup into the stream of commerce, and in the course of same, directly advertised and marketed Roundup to consumers, including Plaintiff."

Koelker, who argues jurisdiction is proper as he is a resident of St. Clair County and there is an agreement with the Illinois Department of Agriculture to conduct Roundup research trials in the county, stated he used the product multiple times for many years prior to his NHL diagnosis.

The suit cites a report by the International Agency for the Reseach on Cancer (IARC) which concluded that glyphosate is "probably carcinogenic to humans."

But Childs, Bayer's representative, said, "Leading health regulators around the world have repeatedly concluded that Bayer’s glyphosate-based herbicides can be used safely as directed and that glyphosate is not carcinogenic, based on an extensive body of science spanning more than 40 years."

These include "more than 100 studies EPA considered relevant to its cancer risk analysis, and more than 800 safety studies overall submitted to regulators," he added.

Koleker is represented by John Driscoll and Christopher J. Quinn of the Driscoll Firm along with John Baricevic and Charles J. Baricevic of Chatham & Baricevic of Belleville.

Want to get notified whenever we write about Monsanto Company ?

Sign-up Next time we write about Monsanto Company, we'll email you a link to the story. You may edit your settings or unsubscribe at any time.