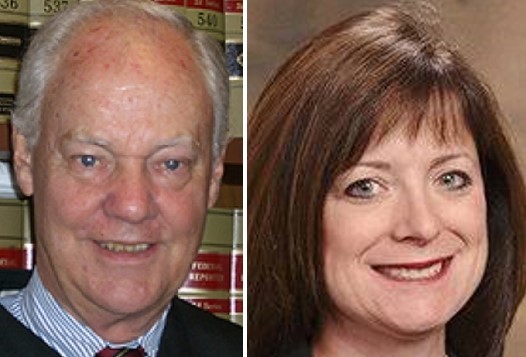 EAST ST. LOUIS – A discrimination suit against Wood River-Hartford school board settled a day before it was set to go to trial in federal court in East St. Louis.

An Oct. 21 docket entry indicates that parties had notified the court of a settlement, which canceled trial set to begin Oct. 22.

Chief District Judge Nancy Rosenstengel had prepared for trial, but stepped away from the case in September. Senior Judge Harry Leinenweber of the Northern District of Illinois was then picked to preside, according to an Oct. 1 order of the Seventh Circuit Court of Appeals.

Seventh Circuit Chief Judge Diane Wood assigned Leinenweber to the Southern District of Illinois from Sept. 26 to Dec. 31, 2020, or longer if unfinished business requires it.

President Trump has yet to announce nominations to those vacancies.

Her lawsuit claimed that multiple sclerosis substantially limited her in manual tasks, walking, standing, opening and closing doors, going up and down stairs, and lifting.

She had worked for the district since around 2000. In 2014, the district allegedly subjected her to near daily humiliations. The Hartford elementary principal allegedly told her she couldn’t use the bathroom in her classroom due to a lack of grab bars.

Emerick’s suit listed special events she missed because the school lacked a stair tracker. She learned the district owned one and allegedly loaned it out.

She also alleged she couldn’t participate in testing at Lewis and Clark elementary because it lacked door openers and bathrooms for persons with disabilities.

The school board retained Garrett Hoerner and Thomas Hunter, both of Becker Hoerner in Belleville, and they moved for summary judgment.

Former district judge Reagan granted it against the disparate treatment claim but found Emerick could proceed on failure to accommodate.

“Plaintiff testified that despite multiple attempts to confer with her employer about needed accommodations, the process was never collaborative,” Reagan held.

He wrote that the allegations could support a theory of continuous violation.

Leinenweber, 82, of Chicago, was nominated by President Reagan for the Northern District in 1985.

Want to get notified whenever we write about Wood River Hartford School District ?

Sign-up Next time we write about Wood River Hartford School District, we'll email you a link to the story. You may edit your settings or unsubscribe at any time.