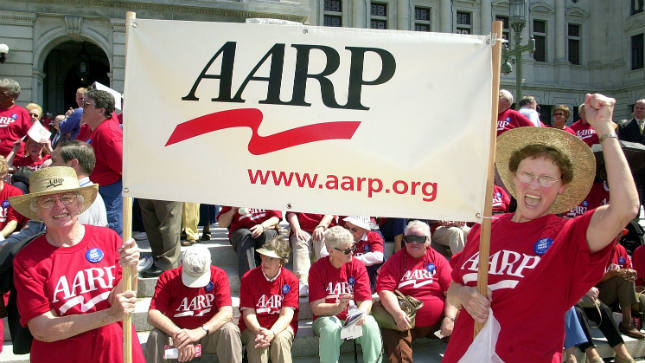 AARP released new poll data through the Center for Illinois Politics. The poll taken at the end of the Rauner administration of 1,200 voters 25 years old and older asked a variety of different questions, many focused on the state’s fiscal issues and how to solve them.

“Our state’s deep fiscal problems, including the $6 billion unpaid bill backlog, $130 billion pension deficit, and near-junk level credit rating hurts Illinoisans of all ages on a daily basis,” AARP Director Ryan Gruenenfelder said. “To display the true impact of the state’s troubling finances, it was important this poll reveal how important solving these problems is to Illinoisans of all ages.”

The poll also found 57 percent think Illinois needs both budget cuts and tax increases while 26 percent say cut services only. Fourteen percent said there only needs to be more revenue.

“This issue of retirement tax and looking at how the graduated income tax may or may not be supported I think will give us some clues as we look to next November,” Kasper said.

Voters will be asked whether to change the state constitution to allow for a progressive income tax in which higher wage earners pay higher rates during next year's presidential election.

Kasper said the poll also showed that 79 percent of respondents say they know someone looking to leave the state.

The poll comes on the heels of Pritzker releasing his five-year economic plan that looks to reverse out-migration by retaining young people through workforce development and higher education. Kasper said you can’t forget the older retirees.

“Because they’re angry, they’re voting with their feet, they’re the ones that are often reading the newspaper and reading about these economic plans,” Kasper said.

Butler said to him the message is clear.

Want to get notified whenever we write about Illinois News Network ?

Sign-up Next time we write about Illinois News Network, we'll email you a link to the story. You may edit your settings or unsubscribe at any time.