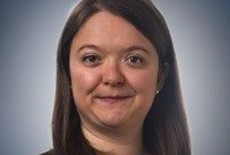 Walmart has reached a class action settlement over its one time national policy that barred pregnant workers from being assigned lighter work in its stores.

The proposed settlement, if approved by a federal judge in the Southern District of Illinois, will end a more than six year legal battle that began with a complaint by a worker at a Walmart store in O'Fallon.

Under the settlement, which is described in filings by the plaintiff attorneys as unopposed by the retail giant, the company will pay a total of $14 million into a common fund.

The settlement estimates each class member will receive between $819 and $2,049 based on 11,000 individuals who faced a similar situation idating back to early March 2014, and depending how many of apply.

The lead plaintiffs in the action are Talisa Borders, Otisha Woolbright, and Stacey Lewis, who claimed that Walmart "maintained a discriminatory written policy until March 5, 2014, that denied pregnant workers the same benefits offered to other workers similar in their ability or inability to work, in violation of the Pregnancy Discrimination Act of 1978."

It was Borders who prompted the suit when, while working in Walmart in O'Fallon, told her supervisors she could not lift more than 25 pounds due to her pregnancy. Her request for light work was turned down and she was told to take an unpaid leave of absence, the suit claimed.

Borders, after seeking legal advice, was represented by A Better Balance, which provides legal representation to women in the workplace, the National Women’s Law Center, and Mehri & Skalet of Washington, D.C.

A discrimination charge was filed with Equal Employment Opportunity Commission (EEOC), which claimed the company "engaged in sex and pregnancy discrimination against her and a class of pregnant workers" by having a national written policy that they should not be assigned lighter work.

Two months after the filing, Walmart announced a change of policy related to pregnant workers, but did not resolve the dispute with Borders, according to the plaintiffs' memo in support of approval of what is still a preliminary settlement.

After three years of back and forth within the EEOC process, a class action was filed. However, it was not certified as the two sides finally decided, in late 2018, to begin mediation.

Discussion and argument continued for most of this year, culminating in the agreement reached last week.

The plaintiffs' memo asks the court for a hearing on Nov. 13 at the East St. Louis courthouse. They want an order granting preliminary approval of the settlement, the appointment of the three legal organizations as counsel, and the three lead plaintiffs as representatives of the class.