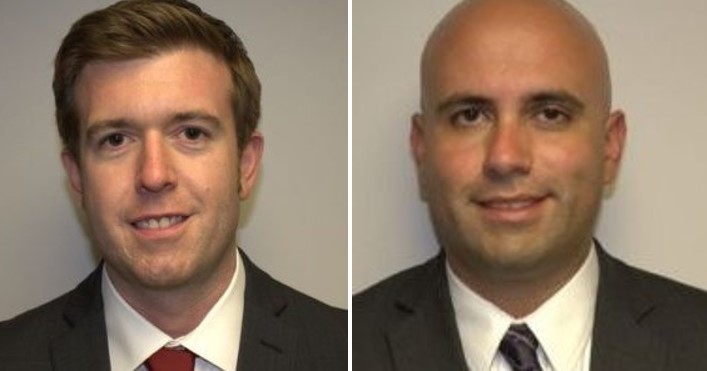 BENTON – Chrysler shared its science with plaintiffs in a half secret class action over the vulnerability of its vehicles to hacking, yet it needed a court order to find out where plaintiffs took their vehicles for maintenance.

Daly didn’t grant all the documents Chrysler requested, limiting her order to a list of locations where plaintiffs took the vehicles.

She reminded plaintiffs that if there are responses they haven’t supplemented, timely supplementation is mandatory.

She also ordered plaintiff Michael Keith of Michigan to provide documents “related to the disposals and the dates on which the vehicles were disposed.”

The reference to disposals lacks context because the parties didn’t file briefs.

Context for the entire action remains fuzzy, because the clerk has sealed dozens of documents pursuant to a confidentiality order.

Belleville city attorney Brian Flynn started the action, not as lawyer but as owner of a Jeep Grand Cherokee.

He sued Chrysler in 2015, after Wired magazine reported that remote hackers gained access to a Chrysler vehicle under controlled conditions.

He would state at a deposition that he and Gras went to law school together, and that Gras contacted him about suing Chrysler.

They seek damages not only from Chrysler but also from Harman Industries, maker of UConnect information devices that the hackers exploited.

They proposed a national recall, claiming Chrysler’s voluntary recall at the time of the Wired report didn’t fix the defect.

In the third month of the action, Armstrong Teasdale lawyers Lucas Pendry and Christopher Baucom entered appearances for Flynn and the rest.

In July 2016, Flynn stated at a deposition that he continued driving his Jeep and took parents, girlfriend, and others along without warning them.

When someone asked if he knew how much Wired magazine spent to get inside the vehicle’s computer, he said no.

He said he didn’t respond to the recall at the time of the report because he wasn’t comfortable plugging something into his car.

“Another reason was, after discussing with my attorneys, it was my understanding that it didn’t really fix the problem,” he said.

In September 2016, judge Reagan ruled that plaintiffs could claim that they overpaid for vehicles and that market values of the vehicles have dropped.

He ruled that they lacked standing to claim risk of death or fear of death, finding no allegation that a real world hacker caused injury.

In April 2017, Wigginton contacted a California lawyer to serve a subpoena on technology company Cisco about vulnerability tests.

In Reagan’s court, she moved for sanctions.

Wigginton filed a response, which the clerk sealed.

At a hearing in May 2017, former magistrate judge Donald Wilkerson said he was troubled about a footnote and needed Wigginton to explain it.

Wilkerson read the footnote out loud, according to a transcript.

The clerk redacted the next two lines of the transcript.

Wigginton began to make an argument but Wilkerson stopped him and said, “What I want to know is this.”

The clerk redacted the next two lines.

Wigginton said, “We believe that that information was in the public domain.”

Wilkerson said that was a different question, and he asked Wigginton if it was produced to the plaintiff and marked confidential.

Gestures from Rosenberg caused Wilkerson to turn the question to her.

She handed documents to him, and he began reading.

The clerk redacted the next seven lines.

Wilkerson said the quote came directly from a Chrysler document and he assumed it was confidential when the company produced it.

Rosenberg said, “It was quite confidential within the company.”

Wilkerson read a document about Cisco.

Wigginton said, “We speculated that Chrysler engaged them.”

He said he had good relations with Cisco’s lawyers before Chrysler got involved.

Rosenberg said that was entirely false.

Wigginton said, “How can you say that it’s false when you don’t even know how -”

Wigginton said, “How can she say that’s false?”

Wigginton said, “You don’t even know what you’re saying.”

Wilkerson sanctioned the plaintiffs, finding that no public sources conveyed all the information Chrysler contended was confidential.

He asked Chrysler to submit a bill for addressing and remedying violations of the confidentiality order.

In July 2018, Reagan certified a class action with separate classes in Illinois, Missouri, and Michigan.

He defined each class as all who bought or leased vehicles subject to the recall up to the date of his order. He found genuine disputes as to whether the vehicles have defects and whether they were and are merchantable.

“There is evidence suggesting that Chrysler knew of the defects at all relevant times and did not disclose them,” Wilkerson wrote.

Chrysler and Harman petitioned for review at the Seventh Circuit appellate court, but didn’t get it.

At a hearing in February, in East St. Louis, Sison said he hadn’t known he was acquainted with the plaintiff.

He said Flynn offered to hold a happy hour reception to celebrate his appointment.

Sison recused himself in March, and Magistrate Judge Daly took charge in Benton.

She recused herself, and the clerk assigned District Judge Staci Yandle.

Daly’s current order overruled Chrysler’s objection to a request for admission that connected vehicles are potential targets for malicious hackers.

She overruled its objection to a request for admission that it didn’t notify consumers that a cyber attack could affect components in any vehicle.

She found its objection evasive and improper, and overruled its objections to requests for admissions about primary segments and hardware trust anchors.

She overruled its objection to a request for admission that it didn’t conduct security risk assessments as part of the design process.

She overruled its objection to a request to admit that Chrysler had no group with dedicated responsibility for cyber security until at least April 2014.

On the other hand, she sustained Chrysler’s objection to relevancy of documents and video about whole vehicle penetration testing.

She sustained Chrysler’s objection to a request to admit that 2018 and later models have hardware gateways for infotainment systems.

She wrote that it was beyond the scope of the pending claims.

“There are limits to relevancy in discovery,” she wrote.

She sustained Chrysler’s objection to production of terms and payments in a “bug bounty” program.

She sustained Chrysler’s objection to production of consumer survey information, finding plaintiffs based the request on speculation.

Want to get notified whenever we write about Cueto Law ?

Sign-up Next time we write about Cueto Law, we'll email you a link to the story. You may edit your settings or unsubscribe at any time.