To Lance Callis: The Parting Glass 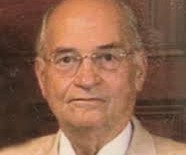 On the evening of Saturday the 28th of September, after putting my grandsons to bed - alright, helping to put my grandsons to bed, I went down to my study - that’s what old men call their “man cave,” and had a drink of very special Irish whiskey. I sat alone and toasted the man who had given me the whiskey some 20 years ago, for that day, we laid his spirit to rest.

Felix Lance Callis was born in Granite City on August 12, 1935, and died in St. Louis on September 25, 2019 at the age of 84. These are the bare biographical facts, but as in most men of greatness, there lies so much more.

Lance Callis was licensed as an Illinois attorney in 1959. He enjoyed telling the story that he heard news while serving at the time in the Army.  He returned to Granite City, tirelessly working for the interests of working people from the beginning to the end. It was the overwhelming arc of his life. He was proud to be the lawyer for steelworkers, for carpenters and particularly, railroad workers. He was especially gratified to be named a Designated Counsel for the United Transportation Union, an honor selected and bestowed by the Union itself for superior legal abilities.

He was named by his fellow lawyers as president of the Madison County Bar and his beloved Tri City Bar, and in later years, awarded as a Laurate of the Academy of Illinois Lawyers by the Illinois State Bar Association, in recognition of his over 50-year stellar career. His generosity to his Alma Mater of St Louis University was well-known, a reflection of his deep sense of loyalty, to institutions helpful in his early days, to those he supported professionally and personally. This loyalty inspired decades-long trusted employees, associates and partners, some with him for over 40 years. Lance could make good lawyers better, better lawyers great. He attracted extraordinary lawyers as partners...Bill Brandt, John Gitchoff, Bill Schooley, Paul Pratt, just to name a few. They all now jointly welcome him to the Great Court Room in Heaven.

I came to know Lance as Clerk in the firm with Bill Schooley. He was always encouraging and supportive. By the time of graduation and my passing the Bar, the “Super“ firm was no more, but the encouragement continued. When Mike Bilbrey and I opened our own firm in 1983, Lance was there with sage advice, not only on the practice but the practical.

As I sit at my computer, on the wall hangs the Certificate of Admission to the Supreme Court of the United States, made on Motion to the Court by Felix Lance Callis. Another example of his generosity.  I loved his story of the group of lawyers who just for the heck of it, traveled by train to Washington D.C., and were sworn in to the U S Supreme Court. This bold move caught the attention of one of their heroes, Justice William O. Douglas, who came down and shared stories with the boys from Granite.

I was but one of many thousands of people, known and unknown, blessed by Lance Callis. Throughout the past 40 years, I did occasionally receive little notes, bits of wisdom, messages of congratulations or condolences from Lance. The last one was less than a month before his death, an expression of sorrow on the death of my nephew Trooper Nick Hopkins. They always meant a lot, perhaps never more so than most recent. Lance Callis had a brilliant mind, a generous heart, and an Irish soul...which brings us to the whiskey.

In 1975, the Old Bushmills Distillery set aside many casks of Single Malt Irish whiskey. It was to be opened in 2000, as “Bushmill’s Millennium Malt.” Lance had purchased several casks. The whiskey was bottled, labeled, and shipped. In his kindness, he gave me several bottles of this golden nectar, numbered and authenticated. It was truly a grand gesture, much appreciated. The title today comes from a long toast, claimed by the Scots, but too poetic to be anything but Irish.

“So, fill me the Parting Glass...and drink to your health, whate’er befall;

And gently rise and softly call; Good night and joy be to you all.

Good night my dear friend, thank you for all your kindnesses to me and so many others. Rest in peace, in the Arms of the Angels, now and forever. Be not afraid.

Want to get notified whenever we write about Callis Papa & Szweczyck, PC. ?

Sign-up Next time we write about Callis Papa & Szweczyck, PC., we'll email you a link to the story. You may edit your settings or unsubscribe at any time.