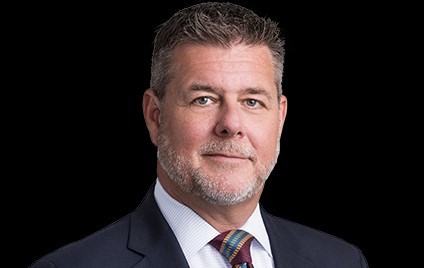 A widow is barred from taking action over the death of her husband because the claim falls under the "exclusive remedy" provisions of Illinois' workers' compensation statutes, the deceased man's former employer argues.

Cathleen Shelton, on behalf of the estate of her husband, Michael, filed suit against Olin Corporation, claiming the company failed in its duty of care by exposing him to toxic substances that she claims led to his death from leukemia.

In the suit filed in Madison County Circuit Court, Shelton claims her husband, who worked at a plant in East Alton from 1975 to 2017, was "exposed to, inhaled, ingested, or otherwise absorbed toxic dusts, fumes, and vapors...from products containing toxic chemicals that he used while he was on the job."

But, Olin Corporation, which manufactures and distributes chemicals and makes ammunition, argued in its motion for dismissal, the admission he was injured on the job is precisely why the suit cannot move forward because all injuries on the job, with few exceptions, must be settled through the workers' compensation system.

Shelton is suing a number of companies she claims contributed to her husband's illness and death. She alleges breach of duty, failure to exercise reasonable care, failure to properly warn or test products, and failure to provide a safe workplace.

Olin denies it is liable for any injuries or damages emanating from his work in its facility. The company is an "improper party to the litigation," the motion for dismissal argues.

"It is well settled under Illinois law that an employer's exclusive remedy for a personal injury that arises our of the performance of his/her job duties is covered by workers' compensation," the company argues.

The only exception, the motion notes, is when the claim is that there was an intent to injure by a particular company. The plaintiff in this case has not delivered any facts or evidence of intent, it continues.

In a separate move, another defendant, Illinois Tool Works, has served notice it intends to ask presiding Judge Dennis Ruth to dismiss one of the counts against the company at a hearing on Oct. 18.

Want to get notified whenever we write about Olin Corp., ?

Sign-up Next time we write about Olin Corp.,, we'll email you a link to the story. You may edit your settings or unsubscribe at any time.