Motorcyclist intoxicated at time of accident, defendants allege in counterclaim 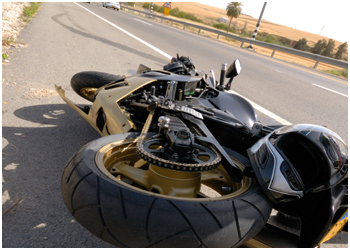 EDWARDSVILLE - A transport agency and its driver facing accusations their actions caused serious injuries to two motorcyclists are counter claiming the driver was intoxicated.

Richard Wooley and Patricia Lehr first filed their complaint against the Agency for Community Transit and driver Marchelle Davis on July 18 in Madison County Circuit Court.

They both sustained serious injuries following the 2017 collision at the intersection of Edwardsville Road and Wood River Avenue. Both defendants deny all allegations, saying the injuries were caused as a result of negligence.

In a counterclaim for contribution, the agency and Davis argue that Richard L. Wooley was in violation of the Illinois code at the time of the accident because he was "operating a motor vehicle while under the influence of alcohol or drugs or intoxicating compounds."

He was impaired as a result of the consumption and, therefore, contributed to the alleged injuries, according to the counterclaim.

The counterclaim also argues that even if the defendants are found to have committed acts that led to the injuries, Wooley should pay a share. It is argued he should pay based on the percentage of his fault.

In their denial of the allegations, the defendants would admit only that Davis attempted to turn left when it collided into Wooley and Leher at the intersection.

The defendants are represented by Donald J. Ohl and Matthew J. Pleese of Knapp, Ohl & Green of Edwardsville.

Plaintiffs are represented by Samuel Mormino Jr. of Mormino Velloff & Snider in Alton.

A case management conference is set before Circuit Judge Dennis Ruth on Sept. 25.

Want to get notified whenever we write about Agency for Community Transit ?

Sign-up Next time we write about Agency for Community Transit, we'll email you a link to the story. You may edit your settings or unsubscribe at any time.