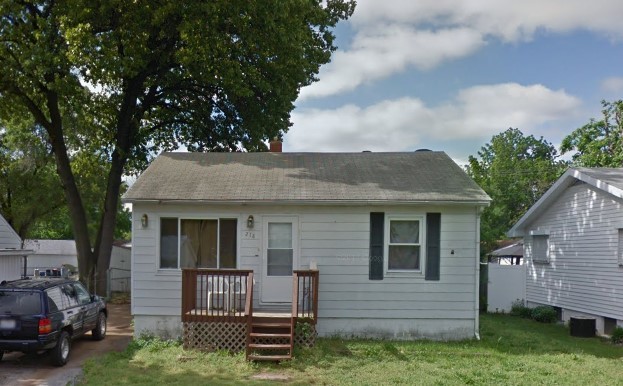 The Supreme Court granted a petition by the Illinois Attorney Registration and Disciplinary Commission (IARDC) and suspended Maag for 60 days, according to an Illinois State Bar Association announcement. Maag also allegedly attempted to evict that client while simultaneously representing her in other legal matters, according to the announcement.

Maag's suspension is scheduled to be effective on Oct. 7.

Allegations against Maag stem from the December 2017 agreement Maag entered into with client Brittany Rose Nicole Gresham, in which Maag accepted title to her home as payment for his legal fees, according to the IARDC's petition. Maag did not advise Gresham that the transaction posed a conflict of interest or obtain her informed written consent or compliance with safeguard provisions under the state's rules of professional conduct, according to the petition.

Between 2015 and 2017, Maag represented Gresham in legal matters that included child custody litigation, a personal injury lawsuit, ten misdemeanor cases and a civil action for false arrest, according to the petition.

By late 2017, Gresham owed Maag about $15,000 for legal services in the child custody matter alone and the two agreed to a fixed fee amount of $10,000 for the ten misdemeanor cases and an hourly fee in the false arrest matter.

"They verbally agreed that [the client] could continue to reside in the property for an indeterminate period of time until they could agree upon a rental or buy-back contract," the petition said.

Maag and Gresham were unable to agree upon rental or buy-back terms and in April of last year, Maag filed suit against the client, seeking to have her evicted from the property.

The following month, Maag agreed to a court order to dismiss the lawsuit and for the property to be conveyed back to Gresham.

Maag subsequently filed another lawsuit against Gresham seeking his unpaid legal fees and reimbursement for his payment of the current and back taxes on the property. In October 2018, Maag obtained judgment against Gresham and in February he agreed to an order vacating the judgment and released Gresham from all claims.

"In mitigation, [Maag] agreed to convey title to the Wood River property back to [his client], and he did so," the Supreme Court said in its decision, which noted that Maag's alleged misconduct "did not result in financial harm to his client."

The client, "benefited from [Maag]'s payment of the current and back property taxes on her property, and by releasing her from the claims that he had for unpaid attorney fees and the property taxes," the decision said. "[Maag] has recognized his misconduct, expressed remorse for it, and apologized to [the client]."

Among Thomas' more recently filed cases, unrelated to his discipline, was on behalf of a Washington Park Street Department employee who claims the city's mayor, Rickie Thomas, has been trying to get him fired for not supporting the mayor in his successful campaign for that office. In his two-page complaint filed Aug. 14 in St. Clair County Circuit Court against Thomas, Jody Gomiller claims his civil and constitutional rights, as well as federal law, were violated when the mayor tried to extract political favors from street department employees.

In another unrelated matter, this past spring, Bradley N. Boswell of Wood River, was indicted by a federal grand jury for allegedly stealing 135 firearms, including military style weapons, and parts from Benbow City Sports, which is operated by Maag. Maag reported the burglary in February.