Is parental incompetence partly to blame for teen vaping injuries? 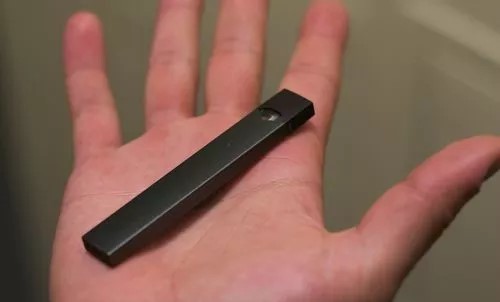 There’s a classic scene in an episode of the 1970s BBC comedy Fawlty Towers in which a diner complains about the bad service provided by the waiter at this quaint seaside inn in southern England.

“Oh, him? He’s hopeless,” responds proprietor Basil Fawlty (John Cleese of Monty Python fame). “You think I don’t know,” he continues. “I mean, you only have to eat here. We have to live with it.”

The diner is stunned by the response. If the proprietor is not the one ultimately responsible for the quality of service at his own inn, then who is?

This Missouri woman is blaming JUUL Labs and trying to hold the company responsible for her 14-year-old daughter’s allegedly addictive vaping habit. She’s filed a class-action suit in the U.S. District Court for the Western District of Missouri, alleging that JUUL intentionally markets to teenagers.

“Our product has always only been intended to be a viable alternative for the 1 billion current adult smokers in the world,” JUUL Labs contends. “We have never marketed to youth and do not want any non-nicotine users to try our products. Last year, we launched an aggressive action plan to combat underage use as it is antithetical to our mission.”

Boyd isn’t the first parent to accuse JUUL of targeting teens with its vaping products, a charge the company strenuously denies.

“We strongly advocate for Tobacco 21 legislation,” the company affirms, “we stopped the sale of non-tobacco and non-menthol based flavored JUULpods to our traditional retail store partners, enhanced our online age-verification process, strengthened our retailer compliance program with over 2,000 secret shopper visits per month, and shut down our Facebook and Instagram accounts. . . .”

Such efforts are laudable, but irrelevant. Parents are the ones responsible for policing the behavior of their children. If Boyd doesn’t want her 14-year-old daughter to vape, she should forbid her to do so – and enforce the prohibition.

Want to get notified whenever we write about JUUL Labs, Inc. ?

Sign-up Next time we write about JUUL Labs, Inc., we'll email you a link to the story. You may edit your settings or unsubscribe at any time.