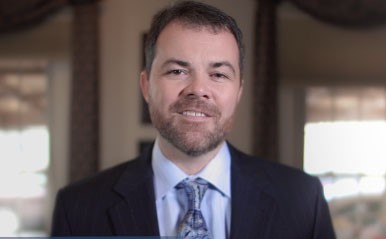 EDWARDSVILLE — Hearing is scheduled next month in an Alton-area contractor's settlement motion filed in the case of one of three people severely injured when a metal balcony fell away from an Alton apartment in 2016.

The case had been set to go to trial on Sept. 3 but Dugan delayed trial to consider Alton Sheet Metal's motion.

In its motion, Alton Sheet Metal claims it has reached a tentative settlement with plaintiff Ryan Howland and asked Dugan to dismiss all counterclaims in the case. The settlement amount will be revealed during the hearing but Alton Sheet Metal "does not want to put the amount of the settlement in this document as it is confidential," the motion said.

Howland has agreed to the settlement and to release Alton Sheet Metal as one of two defendants in the case "in exchange for valuable consideration subject to a good faith finding and full release," the motion said.

Howland and Tyler Green were visiting the apartment of Nora Valladares on West Third Street in Alton in September 2016 when the back terrace that the three stepped onto "broke free from the brick and mortar exterior of the building and fell," a local news report said. All three fell about 20 feet to the asphalt courtyard below.

All three were severely injured in the fall and subsequently filed suit.

In his amended complaint filed last December, Howland sued Vallandares' landlord, Russell Smith, and Alton Sheet Metal Corp., claiming premises liability, negligence and strict liability, asking for more than $50,000 for each of the four counts, in addition to costs.

In his amended complaint, Howland said the "debilitating injuries" he suffered in the fall, "some of which may be permanent," included two broken legs that required surgery and "other areas of his body."

"Plaintiff endured pain and suffering, both of the body and mind, extreme mental anguish, disability and disfigurement, lost wages and loss of normal life," Howland said in his amended complaint. "Plaintiff has and will become liable for reasonable medical expenses incurred in endeavoring to cure himself of said injuries and will be responsible for future medical bills."

In its answer filed in January, Alton Sheet Metal denied allegations against it in Howland's amended complaint, and said Howland "committed acts or omissions of contributory negligence in causing or contributing to cause his own injury" and asked for the case to be dismissed.

Smith is not part of the settlement reached between Howland and Alton Sheet Metal.