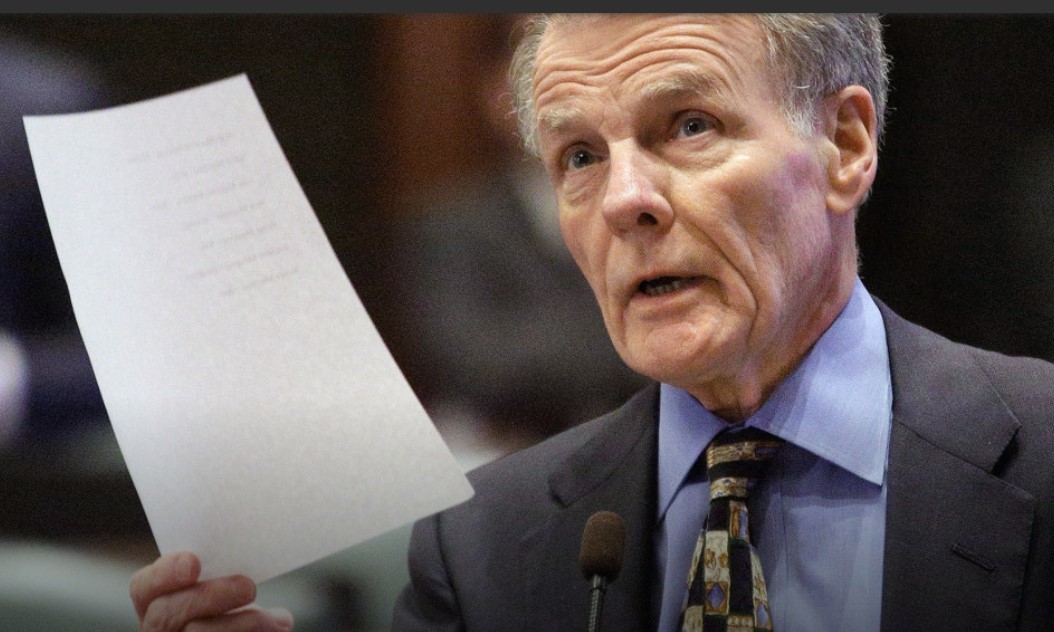 Madigan’s lawyers argued that even if the speaker did recruit so-called “sham candidates” to siphon votes away from Gonzales, such tactics aren’t against the law.

Indeed, Kennelly acknowledged Madigan likely was aware of the strategy to recruit Rodriguez and Barboza, writing, “evidence supports a reasonable inference that Madigan authorized or at least was aware of the recruitment effort.”

In depositions arising from the lawsuit, top political aides for Madigan at the time have confirmed their roles in recruiting Rodriguez and Barboza to run against their boss.

“I had asked [Cicero politician] Charlie [Hernandez] to see if Joe [Barboza] would be interested in running as a Democrat,” said former Madigan political lieutenant Kevin Quinn in a deposition obtained by the Chicago Tribune. “I had simply reached out to Charlie to see if Joe had an interest,” he said. “I never heard back from Charlie.”

Another Madigan political operative, Shaw Decremer, confirmed in his deposition that he transported and submitted the necessary signatures for Rodriguez and Barboza to appear on the ballot.

“Why would you be bringing Grasiela Rodriguez’s petitions who is an opponent of Michael Madigan to file for her?” Gonzales’ lawyer Tony Peraica asked.

“Because someone asked me to,” Decremer said.

Decremer also left Madigan’s operation in 2018 after a state lawmaker accused him of bullying and “abuse of power.”

Beyond the Gonzales lawsuit, Madigan has long been the subject of criticism when it comes to drawing Illinois’ gerrymandered political maps. Madigan first ascended to the speakership in 1983 on the back of a highly partisan map he helped draw. And the power of the mapmaking pen has been key to maintaining his dominance in Springfield. While Republicans had the luck of the draw following the 1990 census, Madigan drew the map following the 1980, 2000 and 2010 censuses.

Politically drawn maps often result in uncompetitive elections. In the 2018 election, nearly half of the Illinois House of Representatives seats were uncontested. In the Illinois Senate, 20 of 39 senators up for election faced no opponent.

But Pritzker has so far refused to endorse a constitutional amendment doing just that. Senate Joint Resolution Constitutional Amendment 4 would create an independent 16-member commission to draw legislative maps in Illinois. It has attracted 37 Democratic and Republican senators as sponsors – more than the supermajority vote needed to pass the amendment out of the Senate.

And Illinois voters have their backs.

A March poll from the Paul Simon Public Policy Institute at Southern Illinois University showed 67% of Illinoisans supported a constitutional amendment to allow an independent commission draw legislative maps, rather than state lawmakers. Republicans (63% support), Independents (70%) and Democrats (72%) were all on board.

More than a dozen states have independent redistricting commissions draw their legislative maps.

Illinoisans want the same. And Pritzker should speak for them.

Months after the 2016 Democratic primary ended, Illinois Policy Action produced a documentary on Madigan that included an interview with Gonzales, news footage covering the primary race and footage of the announcement of Gonzales’ lawsuit. Lawyers for Madigan sought to depose Illinois Policy Institute employees as part of that lawsuit, but a judge denied those requests.