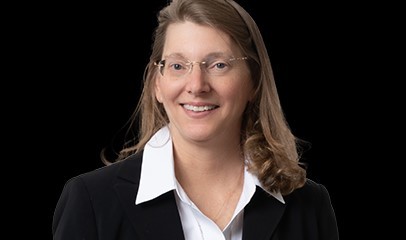 EAST ST. LOUIS – Prosecutors whose sexual abuse charges against Circuit Judge Ron Duebbert fell through for lack of a witness argue that he can’t sue them because they acted on probable cause.

David Robinson and Lorinda Lamken-Finnell raised that defense on Aug. 22, in a motion to dismiss a malicious prosecution suit at U.S. district court.

Karen McNaught of Springfield wrote for them that, “Probable cause is a good faith belief by the prosecutor that the accused was guilty of the offense charged.”

“Probable cause does not depend on the actual facts of the case or the guilt or innocence of the accused, but on the honest and reasonable belief of the one commencing the prosecution,” she wrote.

Robinson and Lamken-Finnell work for the State’s Attorneys’ Appellate Prosecutor, which supplies substitutes for state’s attorneys with conflicts of interest.

McNaught separately moved to dismiss claims against the appellate prosecutor and the state, arguing that Duebbert must seek relief at the Court of Claims.

Robinson and Lamken-Finnell filed felony information in 2017, after former client Carlos Rodriguez swore in an affidavit that Duebbert abused him in 2016.

Last year, with trial approaching, they dismissed the charge because Rodriguez chose not to testify.

Duebbert sued them, their agency, and the state in July.

He also sued the county, the city of Belleville, and Belleville police officers Daniel Collins and Timothy Crimm.

And, he also sued Rodriguez and lawyer Alex Enyart, who represented Rodriguez when he signed the affidavit.

Duebbert is represented by Michael Lawder of St. Louis.

According to the lawsuit, defendants conspired to accomplish an unlawful purpose by unlawful means.

They allegedly withheld evidence, suborned perjury, and coerced witnesses to produce false evidence. They also allegedly chose not to present their slight evidence to a grand jury.

Chief District Judge Nancy Rosenstengel called on Chief Judge Diane Wood of the Seventh Circuit to assign a judge from another district.

On Aug. 21, Belleville and its officers moved for a more definite statement.

For Belleville, attorney Julie Bruch of Northbrook wrote that Duebbert made a conclusory allegation that Collins and Crimm knew the information in the affidavit was false.

She wrote that he alleged that text messages between Enyart and a prosecutor showed exculpatory facts that were withheld from him.

“There are no facts or allegations in the complaint establishing that Collins or Crimm were parties to those texts, aware of them, or in any position to do anything even if they were aware of the texts,” Bruch wrote.

McNaught, as special assistant to attorney general Kwame Raoul, filed her motions to dismiss the state and its prosecutors a day later.

“The affidavit was not prepared by police or prosecutors and instead was presented to Belleville police by an attorney representing Rodriguez,” McNaught wrote.

“At the time the affidavit was submitted, there was no indication the statements of Rodriguez were false or his complaint was suspect.”

She wrote that Duebbert didn’t claim that false evidence was ever used against him.

She wrote that a malicious prosecution claim must fail because, “There is no constitutional right to not be prosecuted without probable cause.”

McNaught quoted a precedent that an arresting officer’s belief in probable cause “need not be based on evidence sufficient to support a conviction, nor even a showing that the officer’s belief is more likely true than false.”

She quoted a precedent that as long as a reasonably credible victim informs police that someone committed a crime, officers have probable cause to place the alleged culprit under arrest. She also quoted a U.S. Supreme Court decision from 1884, finding no constitutional impediment to dispensing with a grand jury.

She further quoted a precedent that fabrication of evidence doesn’t violate due process unless it caused a deprivation of liberty.

“The need for a criminal defendant to appear in court and attend trial is not a deprivation of liberty,” she wrote.

She wrote that Duebbert received information in time to avoid trial altogether.

“The material was provided to plaintiff and no trial occurred,” she wrote. “Although a conspiracy can be established by circumstantial evidence, it cannot be based on speculation.”

She wrote that Duebbert pleaded no facts about an agreement to commit a wrongful act.

“Instead, plaintiff has merely alleged various persons engaged in parallel conduct in the course of a criminal investigation and prosecution,” she wrote.

She wrote that if underlying proceedings were terminated for a complaining witness refusing to cooperate, termination did not indicate innocence.

Want to get notified whenever we write about St Clair County ?

Sign-up Next time we write about St Clair County, we'll email you a link to the story. You may edit your settings or unsubscribe at any time.