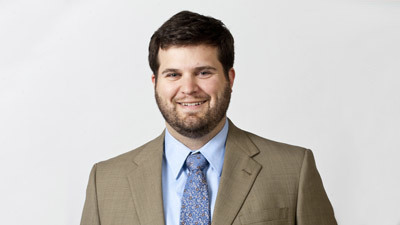 “In sum, the playing field is not level,” the motion states. “New GP and Bestwall – through the structure that they contrived – hold all the cards.”

Attorney Glenn C. Thompson of Hamilton Stephens Steele and Martin PLLC in Charlotte filed the Aug. 16 motion on behalf of the ACC in the U.S. Bankruptcy Court for the Western District of North Carolina. The ACC requests the court to dismiss the Chapter 11 case, to set a deadline for the debtor to confirm a bankruptcy plan, or to lift the preliminary injunction protecting New Georgia Pacific (New GP).

Then on June 19, Bestwall filed a motion for an estimation of current and future mesothelioma claims. Bestwall argues that many claimants identified or exaggerated their alleged exposures to the debtor’s joint compound products after a “bankruptcy wave” by asbestos insulation defendants left fewer solvent companies available for litigation. Bestwall further argues that claimants downplayed or denied their exposures to the more potent amphibole asbestos insulation products.

The ACC responded with their newly filed motion to dismiss, arguing that Bestwall’s motion for an estimation “makes plain that the reason that this case has not settled – and may never settle – is that the debtor is seeking an alternative to the tort system to value its claim: it seeks a ‘bankruptcy discount’ despite its professed ability to pay the asbestos liabilities in full.”

The ACC argues that Bestwall’s bankruptcy case “has been languishing in Chapter 11 for over 1 ½ years. Despite the debtor’s repeated statements that under the funding agreement with New GP it has sufficient funds to pay its ongoing business expenses, the administrative costs of Chapter 11, and all of its asbestos liabilities, we are no closer to resolving this case than when it was filed in November 2017.”

Thompson wrote that the period to get a reorganization plan confirmed has expired, and Bestwall has only managed to produce “a shell plan.” It adds that no settlement discussions have occurred since January and no agreement has been reached in regards to Bestwall’s asbestos liabilities.

“Every single day that this Chapter 11 case remains in bankruptcy is another day that personal injury claimants injured by exposure to the debtor’s asbestos products are unable to pursue recovery against a defendant that asserts that it is fully able to pay its liability,” he wrote.

The ACC argues that at this rate, the bankruptcy case could take years “if the debtor is able to run the play that it has proposed.”

Specifically, the ACC states that Bestwall’s motion for an estimation only serves to intimidate claimants, delay recovery and prolong a resolution of the bankruptcy petition by “making disparaging allegations against its victims and their tort counsel.”

The ACC argues that while Bestwall’s bankruptcy petition continues pending, New GP is “unencumbered by this bankruptcy case. Its operations are unencumbered and it saves money by paying only the administrative costs of this case.”

The ACC asks the court to either dismiss the case or set a deadline “representing a reasonable time by which time the debtor should confirm a plan or no longer be permitted to use and abuse the bankruptcy process.”

In Beyer’s January order denying dismissal, she held that the time it takes to reach a bankruptcy plan is on the attorneys involved.

“That’s on all of you,” she said. “You all, the parties to this case, control where this case goes from here and how expeditiously we get there. I can assure you that the court will not be the cause of any delay.”

“I’m not convinced that the claimants are necessarily worse off here,” she added. “I believe their claims can be sufficiently addressed and fairly adjudicated through a trust created in this case. Some would argue it can be done more efficiently and with less cost, but that’s on you.”

Bestwall filed a voluntary petition for bankruptcy on Nov. 2, 2017.

Bestwall and its predecessor Georgia Pacific manufactured a joint compound product containing “minimal amounts” of chrysotile asbestos prior to1978, according to a brief filed by Bestwall attorney Garland Cassada.

Despite “minimal” exposure, Bestwall argues that it has been “burdened” with asbestos litigation for 40 years and will likely continue until at least 2050, according to the bankruptcy petition.

Local attorney Beth A. Gori of Gori Julian & Associates PC in Edwardsville is included on the committee of lawyers for asbestos claimants. She is representing Elizabeth Ann Harding, as special administrator of Steven Lanphear.

Attorney Andrew O’Brien of O’Brien Law Firm PC in St. Louis is also included on the committee of lawyers for asbestos claimants. He is representing plaintiff Rick Benson.

Garlock sought bankruptcy protection to escape increasing asbestos-related settlement awards and jury verdicts which it blamed on plaintiff attorneys who were allegedly withholding evidence of other company culpability.

Hodges agreed, finding that the amount of previous awards and settlements paid by Garlock in the civil justice system were not reliable because plaintiffs’ attorneys had withheld evidence of their clients’ exposure to asbestos-containing products manufactured by other companies in order to maximize recovery against Garlock.

Hodges was recalled out of retirement to serve again as a bankruptcy judge in the Western District of North Carolina in November 2018.

Want to get notified whenever we write about U.S. Bankruptcy Court for the Western District of North Carolina ?

Sign-up Next time we write about U.S. Bankruptcy Court for the Western District of North Carolina, we'll email you a link to the story. You may edit your settings or unsubscribe at any time.

U.S. Bankruptcy Court for the Western District of North Carolina