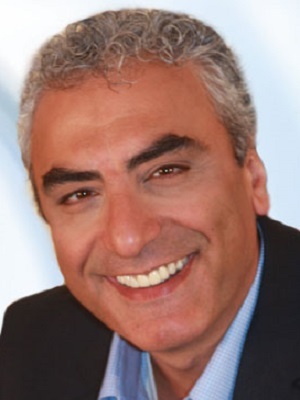 BELLEVILLE  — A patient is suing a medical group, alleging he was injured in 2017 from an epidural during a pain procedure performed without authorized consent.

Associated Physicians Group, which specializes in pain management, internal medicine, addiction recovery and other services, operates facilities in O'Fallon, Alton, Edwardsville and Swansea in Illinois and in Creve Coeur, Mo.

Associated Physicians Group, based in Edwardsville, did not respond to a request for comment by the Record.

Paul's complaint did not specify at which Associated Physician Group's facility he was allegedly injured or any details about why he was undergoing the procedure.

Paul claims the defendants "negligently and carelessly failed to accurately localize the anatomic site for the epidural injection and proceeding to inject the medications into the intrathecal space, essentially producing spinal anesthesia and causing pneumocephalus, among other damages."

Paul alleges Chami's negligence caused him to suffer incontinence, hallucinations, depression, increased anxiety, headaches, nausea and dizziness. he also claims he suffered injuries to his body as a whole.

Paul alleges Associated Physicians Group and Chami "failed to apply the knowledge and use the skill and care ordinarily used by a reasonable well-qualified health care provider and therefore was professionally negligent."

Paul also argues a count of battery in his complaint because the procedure was performed "without authorized consent."

Chami reportedly has been a physician in Associated Physicians Group's Alton and Edwardsville locations for about two years. Chami began working with Associate Physicians Group in August 2016, about a year prior to Paul's alleged injury, following an extensive background in medical study and training. His background includes post-doctoral training in Anesthesiology at the University of Michigan Medical Center and University of Illinois hospitals, as well as training at Saint John Hospital and Medical Center.

Chami also has been medical director at Chicagoland Advanced Pain Specialists since December 2007, according to his LinkedIn page.

The complaint was filed by attorneys Colleen C. Jones of Cook, Bartholomew, Shevlin & Cook in Belleville.