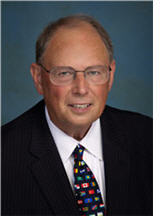 A Wood River dealership argues that a customer failed to maintain a vehicle and seek timely repairs in response to her suit alleging the company disguised that a new engine was needed in the vehicle.

Brittany Nicole Hewitt filed the complaint against DBJ Automotive, doing business as J.D. Byrider of Wood River, and DBJ Investments, which allegedly financed the vehicle through CNAC. She accuses the defendants of unfair and deceptive business practices in violation of the Illinois Consumer Fraud Act.

According to her complaint, Hewitt alleges she purchased a 2006 Chevrolet Equinox from the defendants. She made a $1,300 down payment at the time of purchase and $5,400 in payments. Then in December 2018, the head gasket in the vehicle blew. When she replaced the engine, it was discovered that a block sealant was used as a “temporary fix” to engine damages.

Hewitt claims the defendants used the block sealant to disguise the damages or knew that the sealant had been applied at the time of purchase but failed to inform the plaintiff of the issue.

Hewitt seeks repayment of the costs she made for the down payment and the payments she made on the vehicle. She also seeks $30,000 because the vehicle’s expenses prevented her from buying her parents’ home. Further, the plaintiff seeks $100,000 in punitive damages for the “outrageous, willful, wanton, intentional, and malicious” actions of the defendants.

In its affirmative defenses, the defendant argues that Hewitt is barred from recovery because she failed to perform obligations under the sales contract as it relates to the vehicle’s warranty provision. It also alleges she breached the contract by failing to make payments on the vehicle.

The defendant further argues that the plaintiff contributed to her own alleged damages by failing to seek a timely repair of the vehicle and failing to properly maintain the vehicle.