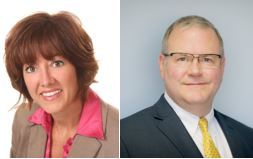 Madison County Circuit Judge David Dugan dismissed a lawsuit against asbestos plaintiff firm Gori Julian & Associates after the firm argued that it could not have breached a contract that ended by its own terms and conditions.

Cintas alleged that on May 11, 2016, it entered into a facility services rental service agreement with Gori Julian for 60 months. Then on May 16, 2016, the parties allegedly executed an addendum to the agreement to add three additional locations to be serviced under the agreement. According to the agreement, Gori Julian purchased or rented certain goods and services from Cintas.

However, Cintas claimed Gori Julian breached the contract by prematurely terminating the agreement before the end of its term for all covered locations.

As a result, the plaintiff claimed it suffered damages totaling $70,207.96 for all three locations.

Gori Julian filed a motion to dismiss on May 22 through attorneys Aaron Ankrom of Gori Julian and Katherine Smith of the Law Offices of Katherine M. Smith in Alton.

The defendant argued that the agreement was a renewal agreement and was not breached based on the expiration date.

“It therefore follows that, while ‘installation’ is not defined in [the agreement], any of the products and necessary hardware were in place as of the effective date of the October 5, 2012 agreement and the October 5, 2012 contract expired by its own terms on October 4, 2017,” the motion stated.

Gori Julian also argued that the agreement does not set forth an addendum.

The defendant provided a copy of the contract with an effective date of Oct. 5, 2012, despite the complaint’s assertion that the effective date is May 16, 2016.

“The Illinois Supreme Court held that ‘in the case of a conflict between written exhibits and the allegations of the pleading, the exhibits control,” the motion stated.

“Plaintiff could not breach (through premature termination) an agreement that expired by its own terms some 20 months prior. Nor were any other properties added by addendum as alleged in plaintiff’s complaint,” it continued.