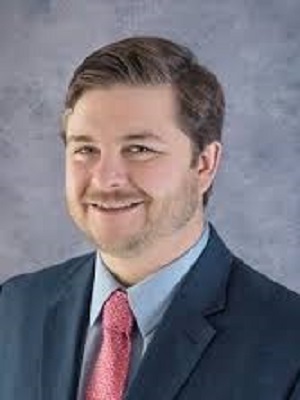 EDWARDSVILLE — An Illinois-based insurance and financial services company said it is certain one of its Madison County agents is an independent contractor, despite the agent's recently filed putative class action that alleges otherwise.

"We are confident that Mr. Calloway was an independent contractor," a State Farm spokeswoman stated in an email to the Record. "State Farm is aware of the class action filed Friday, Aug. 2, 2019. We are reviewing and evaluating it.”

Andrew Calloway, State Farm Insurance Agent and owner of Pin Oak Agency in Maryville, claims he and other agents are "misclassified as independent contractors," according to his lawsuit filed in the Madison County Circuit Court.

Calloway is suing State Farm under its various names, including State Farm Mutual Automobile Insurance Company and its life insurance and fire and casualty divisions, claiming the company's "misclassification" violates the Illinois Wage Payment and Collection Act (IWPCA). Calloway alleges, on behalf of himself and others similarly situated, that State Farm fails to reimburse expenses and underpays their wages "through improper deductions."

"Effective Jan. 1, 2019, the act provides that employers must 'reimburse an employee for all necessary expenditures or losses incurred by the employee within the employee's scope of employment and directly related to services performed for the employer," the lawsuit states.

Calloway has been a State Farm Insurance Agent in Maryville since January 2016 and was an "agent intern" for about eight months prior, according to his LinkedIn page. The 1996 graduate of Edwardsville High School opened his agency in Maryville in 2016, having previously worked at AG Edwards and Express Scripts, among others.

"State Farm really fits well with my moral compass," Calloway reportedly told a local news outlet shortly after opening his agency. "There’s nothing in the product line I'd be embarrassed by. We offer cradle-to-grave service. We're really focusing on financial services and retirement. My experience as a financial executive with a Fortune 25 company can help."

In his lawsuit, Calloway is asking, among other things, for a declaratory judgment on behalf of two classes of plaintiffs he claims to represent and an injunction against State Farm to no longer "misclassify" him and others, as well as punitive and other damages.

The case was filed on behalf of Calloway by attorneys with the Edwardsville firms of Goldenberg Heller & Antognoli and Byron Carlson Petri & Karlb.