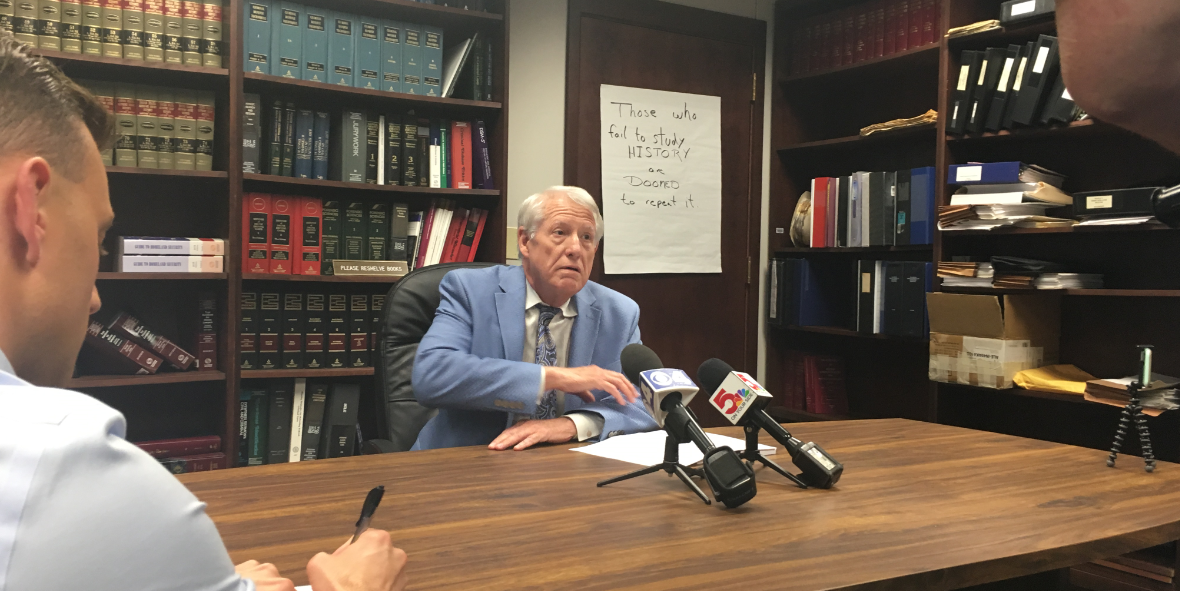 Madison County chief public defender John Rekowski, who hired Miller in October and fired her in May, said at a news conference last week that she didn’t handle violent crimes.

One defendant allegedly scratched a Granite City policeman and tried to bite him. That defendant pleaded guilty in March, with Miller present.

One defendant allegedly punched a person on the head, dragged her around, and slammed her into furniture. That defendant accepted 24 months of probation at a hearing in February, with a different public defender present.

Defendants in other cases await resolution of charges with a different defender.

In the only case that didn’t involve physical contact between persons, the defendant allegedly broke a pillar on a police car.

At the county's most recent Judiciary Committee meeting on May 3 - about three weeks before he would have learned that Miller was not licensed - Rekowski talked about an increase in pending cases and the difficulties he faces in hiring attorneys.

“It’s not all that easy to hire people anymore,” he said.

“My last hire, I literally had trouble finding anyone and finally actually went over to the judges’ office and poached one of their law clerks,” he added.

He said he would get two to three unsolicited resumes per month a decade ago, but attorneys are now favoring private practice firms that pay more.

Rekowski shared a spreadsheet with committee members showing how many cases his office is working through, including 103 in the Domestic Violence Accountability Court, “a court that didn’t exist three years ago.”

He also shared a list of all the pending felonies his office is handling, showing an increase in volume of cases.

Of those cases, 10 were open murders, approximately more than double a normal pending docket.

At Judiciary meetings over the past year, Rekowski has expressed difficulties maintaining a full staff and filling positions as attorneys have been out on various leaves.

At an April 6, 2018 Judiciary Committee meeting, he announced that a new attorney would be joining the firm after just passing the state bar exam. Then in July 2018, he said his office would finally be operating at full staff.

Rekowski also discussed the heavy workload his understaffed office was handling. At the July 2018 Judiciary Committee meeting he explained that his office typically averages 42-43 cases each week, but they were taking in around 200 cases at the time.

He added that filings were up and “that’s the nature of the beast.”

Then in August 2018, Rekowski again expressed relief to be at full staff.

The only mention Rekowski made of Miller’s hiring was in November 2018 when he told the Judiciary Committee that a new attorney started a few days prior.

“And we’re showing her where we keep the paper clips and stuff for the next couple weeks until she can get oriented,” he said.

He added that they still had one more position to fill to replace an attorney who left unexpectedly.