Hoerner admonishes defense in BIPA certified class action: ‘plaintiffs…don’t need you doing their thinking for them’ 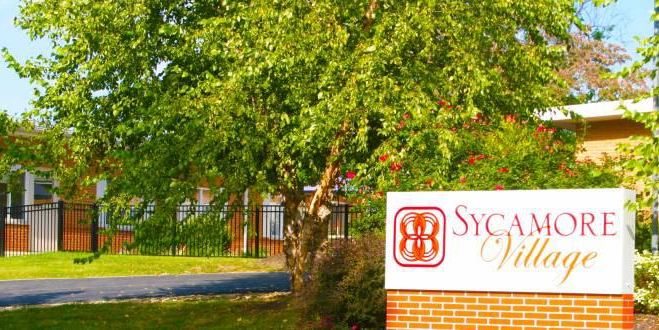 The Fifth District granted leave for defendant Symphony Post Acute Care Network, a provider of post-acute medical care, to appeal the order on May 22. Sycamore Village in Swansea and 22 other care centers belong to the network.

In 2017, Saroya Roberson sued the network and affiliates, claiming they improperly collected biometric data of employees in violation of the Illinois Biometric Privacy Act (BIPA).

Baricevic represents her in association with John Driscoll and Gregory Pals of the Driscoll firm in St. Louis.

On March 12, Hoerner certified her to represent current and former employees.

On April 4, she moved to approve notice to the class, and on April 8, she filed a supplement to the motion.

At a hearing on April 11, Pals said the notice motion was very cut and dried, according to a transcript of the hearing.

Pals said the Illinois Supreme Court made it clear that when defendants have names and last known addresses, they need to simply provide those.

“Defendants’ entire kind of tactics in this litigation from the beginning have been obstruction and delay,” Pals said.

He said they didn’t provide names and addresses and should be ordered to do so.

Symphony counsel Joseph Donado of Chicago said most of what Pals referenced was connected to a filing Symphony had received days earlier, and asked Hoerner for some time “to digest what they’ve proposed.”

“Are you unable to articulate what issues if any that you have with regard to plaintiff’s motion regarding notice?” Hoerner said.

“We are intending today to file a petition for leave to appeal the court’s class certification order, so if that were to be granted too, that would also create issues as to when the notice should go out,” Donado said.

Hoerner said he didn’t want to sit and wait and see what happens with the petition.

“If we all sit around and wait for the other moving parts to move, then guess what,” Hoerner said. “Nothing gets done…If you’ve got any problem with it other than the website issue you mentioned that you’d like to make part of the record, then I’d like to consider that.”

Donado asked for time to evaluate it.

Hoerner said he supposed Donado read the notice plan, “We’re only talking about a 63page document, including all exhibits.”

Donado said he read it and some of it was beyond his capacity.

Hoerner asked Pals if he needed anything to move forward other than names and last known addresses, and Pals said no.

Hoerner said, “I think we have had adequate time to evaluate it.”

Donado said, “The local rule gives at least a week. We didn’t get that.”

Hoerner said he would move forward, but changed his mind before signing an order, to give Symphony four days.

On April 17, Hoerner ordered Symphony to furnish the Cook County court with his certification and notice orders.

“Defendants do not explain why they failed to mention this during the prior hearing despite ample opportunity to do so,” Hoerner wrote. He cautioned them to refrain from conduct inconsistent with his orders and from conduct that would undermine his orders or confuse class members.

Donado moved to clarify the notice order on April 23, writing that it referenced a statute pertaining to wage payment notices that had no bearing on the case. He asked for an order stating defendants need only produce name and address or clarifying what other information needs to be produced.

Pals moved for sanctions on April 25, and Hoerner set a hearing May 9.

Driscoll, who missed the April 11 hearing, appeared for this one.

Baricevic, who appeared on April 11 but didn’t argue, missed this one.

Hoerner asked Donado what he had to say for himself.

Donado stammered and Hoerner said, “Tell me what portion of that order you have complied with.”

Hoerner said, “You did that, but you didn’t verify it.”

Donado said he verified it with an affidavit saying the data was complete.

Hoerner asked if he represented that what he provided was everything pursuant to statute except for redaction of specific wages and deductions.

Donado said he represented that he provided all names and addresses.

Hoerner said the order plainly stated such information should include materials the statute requires to be maintained.

“Then it says we’re not going to require you to provide wages and deductions,” Hoerner said. “But everything else, you understand, that’s required to be maintained under the order is plainly stated in the order.

“What I’m hearing is that you decided maybe I meant something else when I signed that order.”

Donado said the only thing beyond names and addresses would be pay stubs. He said the order said he could eliminate wage deductions and payments.

Hoerner said, “What logically follows is you take those two pieces of information out and you provide everything else…It frustrates the court when litigants try to decide for their opponents what is important to their case.”

He asked if a separate spreadsheet was created on which defendants pulled names and addresses, and Donado said that’s probably what happened.

Hoerner said, “Which is a good start but that’s not what the order said.”

Driscoll said, “It doesn’t matter what we think. It’s whatever you were doing.”

Hoerner asked Donado why he didn’t refer to Supreme Court Rule 213 or 214 in his compliance, and Donado said he didn’t know.

“If there’s legal significance to that, we will do it,” Donado said.

Hoerner said, “It’s a Supreme Court rule so obviously somebody before me decided it was significant, right?”

Driscoll said, “To be continually handicapped in a case by the limitations of defense counsel’s understanding of rudimentary matters of law is frustrating to say the least.”

Donado said, “The reason why we did what we did is we felt we gave them all the information they needed for purposes of class notice.”

Hoerner said, “See, and there we go again.”

Donado said, “Because,” and Hoerner said, “There we go again.”

“I’m going to go out on a limb here and I’m going to suggest that plaintiffs probably don’t need you doing their thinking for them,” Hoerner said.

He gave Donado 10 days to provide supplemental information along with appropriate certifications, and said he would reserve ruling on sanctions.

They took up the Cook County action, and Donado said it was filed first.

He said it wasn’t correct that plaintiff didn’t know about it.

He said to the extent the April 17 order limited what he could say to opposing counsel in that case, he needed to know the boundaries.

Pals said, “Sounds to me like if they have a specific issue, they should pursue it in motion practice.”

Hoerner said that’s what he was ready to say.

Donado asked if the order would bind him if plaintiff’s counsel in that case wanted to discuss settlement.

Hoerner said the case hasn’t been certified, and Donado said it could be certified for a settlement class.

Hoerner said he wouldn’t make the order go away. He said his obligation is to the class he certified.