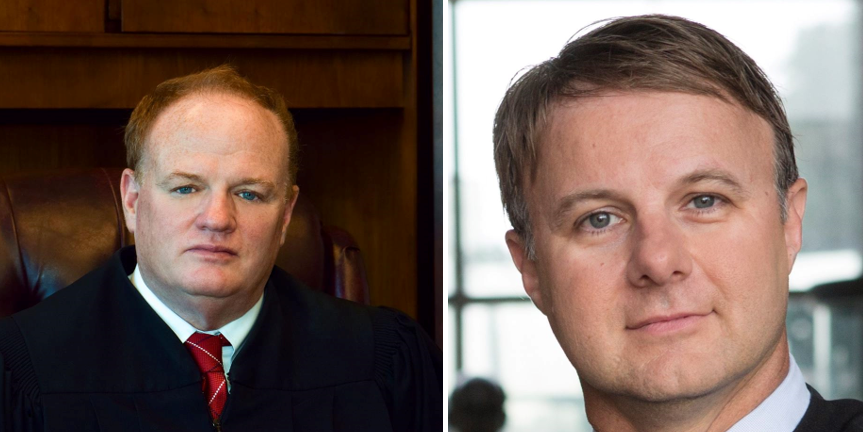 BELLEVILLE – Attorney Barry Julian’s appointment as an associate judge in Madison County shocked many in Illinois due to his perceived wealth from having built one of the nation’s largest asbestos firms, but St. Clair County voters choose circuit judges from the same high class.

Andrew Gleeson, chief of the 20th Judicial Circuit, reported 60 investments on a statement of economic interests he filed at the Supreme Court last April.

Judges must file statements but don’t have to divulge the value of their interests.

On the surface, Gleeson’s portfolio outshines the one Julian filed on March 11.

He owned commercial rental property on Miller Drive in Edwardsville; owned farms with rental residences in Bethalto, Dow, and Greenfield; and held mutual funds and bonds with Schwab and three Allianz annuities.

He held five accounts with IShares, three with Vanguard, and six with other firms; held life policies and a non-retirement policy with Northwestern Mutual; and held two accounts for minor children.

He identified himself as Heinz M. Rudolf, successor trustee for trusts of Heinz P. Rudolf and Christina M. Rudolf.

He reported the sale of his former office at 6 East Washington in 2017; he identified Gregory Shevlin and his former partner, state’s attorney James Gomric, as lawyers who are co-owners of some of his economic interests. He wrote that he referred a Wayne County lawsuit to Shevlin.

He sold his law office to Jason Caraway in 2013, and wrote that, “As part of that agreement, I am owed funds and am paid in payments for those owed funds.”

He identified himself as beneficiary of a land trust for a residence and four acres, and as owner of residential property in Springfield.

He held accounts with Sentinel Investments, Massachusetts Investors, Bank of America, and Merrill Lynch; he held an interest in a St. Clair County lawsuit from 2011, and a suit of sister Maria Duebbert from 2015 in McLean County.

He identified himself as trustee of the Robert B. Haida Revocable Trust.

He shared an interest with brother Michael McGlynn in a retirement plan from their former firm.